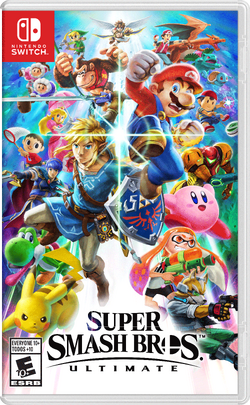 Super Smash Bros. Ultimate is currently a nominee for the 2019 edition of The Game Awards in the Game of the Year, Family Game and Fighting Game categories.[2]