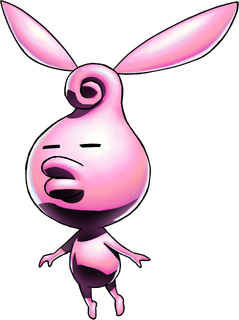 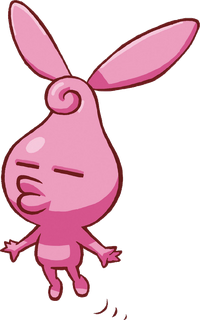 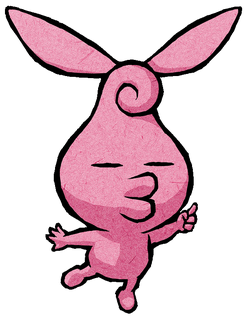 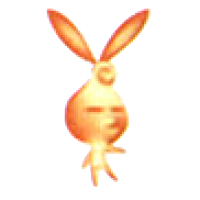 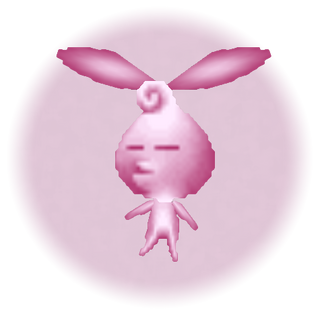 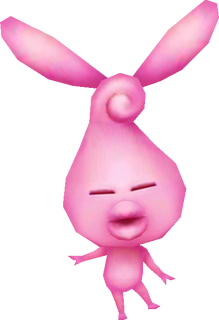 Stray Fairies,(MM | FS)[1] also known as Forest Fairies,(OoA)[2] are recurring representations of portions of a shattered Great Fairy in The Legend of Zelda series. In a region where a Great Fairy lay at the mercy of her Stray Fairies, they will appear individually and often at hard-to-reach heights or inside Treasure Chests. The collection of all the Stray Fairies in a region will facilitate the resurrection of said Great Fairy, upon returning them to their respective Fairy Fountain.

In Majora's Mask, the five Great Fairies have been split into pieces by the Skull Kid, who is under the influence of Majora's Mask.[3] Link must gather them up and take them to the shrine to heal the Great Fairy, who will aid him in his quest to save Termina.

The first Great Fairy in Termina is found in North Clock Town, and only one Stray Fairy is missing. It is found in the Laundry Pool in the daytime and in East Clock Town at night. When healed, she either gives Link the Magic Meter or the Great Fairy Mask, depending on whether he is Deku Link or his normal self.

The other Great Fairy Fountains are in the four cardinal directions, where each Great Fairy is missing fifteen Stray Fairies that can be found in that area's dungeon.[4] Each time a Great Fairy is healed for the first time, she rewards Link with a helpful item or an upgrade.

The color of the Stray Fairies depend on the Fountain they belong to:

In Oracle of Ages, red, blue, and orange friendly but mischievous Forest Fairies have the power to jumble up the topography of the Fairies' Woods as they see fit in Labrynna's present. Link must locate the three Fairies in a Hide-and-Seek game to be granted access to the Wing Dungeon.[5] When Link is successful, the Fairies straighten out the Woods, allowing the young hero to reach the dungeon.

If the original Oracle of Seasons file is linked to Oracle of Ages, after Link talks to the Stray Fairy in the rubble of the Wing Dungeon, the Heart Ring L-1 can be found in a secret room behind the waterfall of the Temple of Seasons.

In Four Swords, in addition to Fairy Spirits, Stray Fairies appear in the Chambers of Insight at the beginning of the game, and provide the Links with their advice on how to progress.

Fairies in The Legend of Zelda series
Community content is available under GNU Free Documentation License unless otherwise noted.
Advertisement