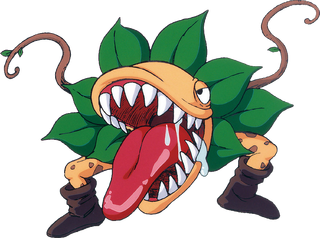 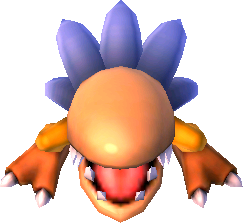 Snap Dragons hop around at great speeds to attack Link with their snapping jaws. They appear in various locations in the Overworld of the Dark World and Lorule. Snap Dragons are vulnerable to most weapons. They move in a diagonal matter and often appear in pairs or groups of three. They can also cause up to three hearts of damage with a single attack.

In A Link Between Worlds, Snap Dragons appear mainly in Lorule.

Their English name may be a reference to the Antirrhinum flower, which is also known as the "snapdragon." Their Japanese name is possibly a play on "gapu," the onomatopoeia for a big bite or chomping sound, and "bura," meaning strolling aimlessly.