Zelda Wiki
Register
Don't have an account?
Sign In
Advertisement
in: Items, Shields, Items in The Minish Cap,
and 2 more
English 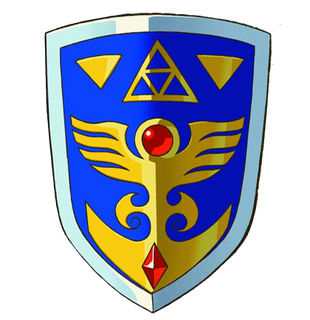 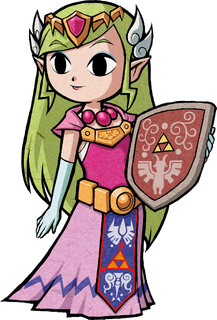 In A Link to the Past, the Fighter's Shield is a small family shield that belongs to Link's Uncle, and is received from him in the secret passageway leading into Hyrule Castle grounds. As it is the first shield obtained in the game, it is the weakest of all shields and provides very little defense. It is able to protect against arrows, spears and rocks, but little else. The shield can be eaten by enemies, and if the shield is swallowed up by a Pikit or a Like Like, another one can be purchased in the many shops throughout the Dark World.

Link can obtain an upgraded version of the Fighter's Shield known as the Red Shield by throwing it into the Mysterious Pond of the Waterfall of Wishing. Only by answering the Great Fairy's question honestly will she reward him with a better shield.[2]

The Small Shield is given to Link by Princess Zelda in Hyrule Town during the Picori Festival.[3] Shortly after receiving it, he must use it to protect Zelda from a Business Scrub north of Hyrule Town.[4]

In the A Link to the Past comic by Shotaro Ishinomori, Link's uncle is seen using the Fighter's Shield during his duel against Agahnim. However, after Link witnesses the defeat of his uncle at the hands of his wizard, he rushes to his side and obtains his uncle's sword and shield from him before passing out. Link continues to use the shield only for the first chapter, using it to defend himself from enemy attacks. However, when he reaches the Sanctuary with Princess Zelda and faces off against Agahnim, he loses his sword and shield along with it, and the young hero is never seen using the Fighter's Shield for the rest of the comic.

In Ancient Stone Tablets, the Small Shield is obtained in the first dungeon, the Eastern Palace.