Zelda Wiki
Register
Don't have an account?
Sign In
Advertisement
in: Enemies, Common Enemies and Traps, Octoroks,
and 4 more 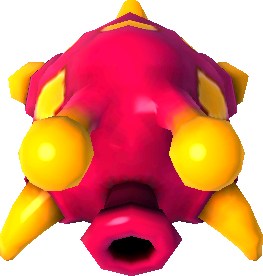 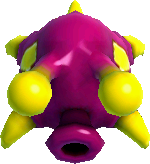 Sword
Slaroks are recurring Enemies in The Legend of Zelda series.[1] [name reference needed] They are deformed creatures that bear a resemblance and behave similarly to Octoroks, as they spit rocks to attack from their snouts. In A Link to the Past and A Link Between Worlds, they are the Dark World and Lorulean counterpart of the Octorok.

In A Link to the Past, Slaroks are the Dark World version of the Octorok. They more closely resemble slugs or snails than octopuses, and have antennae-like tentacles that may act as their eyes. Like Octoroks, they appear primarily near water, such as the shores of the Ice Lake and near the waterfalls to the north of the Palace of Darkness. They move in erratic patterns and fire rocks to attack, however, unlike Octoroks, they only shoot one rock at a time. While they are much stronger than the normal Octorok, they have relatively low defense compared to other enemies in the Dark World; they can be defeated with one swing of the Master Sword.

Slaroks in A Link Between Worlds are closely based on their A Link to the Past incarnation and behave similarly. They appear as the Lorulean counterpart of the Octorok, and appear in similar places as those in the Dark World, most notably near Lorule Lake and the field west of the Dark Ruins.

In Tri Force Heroes, Slaroks are are land-dwelling creatures that exclusively appear in the Flooded Zone of the Den of Trials where they scurry about and fire rocks. A Slarok also appears riding a Totem Armos on the fourth floor of the Flooded Zone, where it spits rocks as the Armos hops towards the Link.