For other uses, see Skull (Disambiguation) 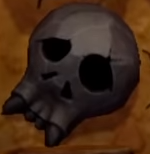 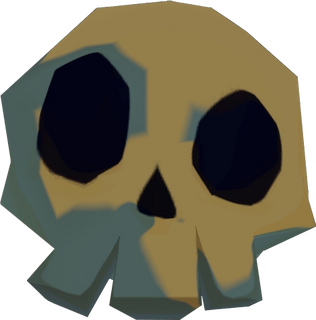 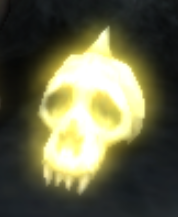 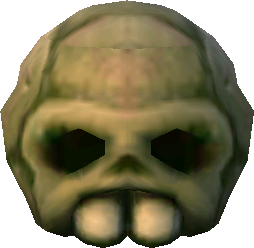 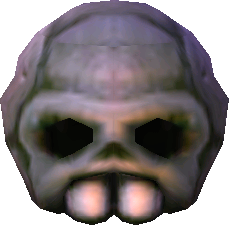 Similar to Jars and Rocks, Skulls can be thrown or destroyed to find Hearts, Rupees, or other spare items like Arrows and Bombs. They can be found in many places, and are most commonly found in Dungeons, specially those which have a dark or crypt-like atmosphere to them.

In some games, Links may also encounter hostile Skulls blending in with the harmless, inanimate kind. Skull-like enemies called Stals hide among the Skulls found in both the Dark World and Lorule, and spring to life to attack Link when he ventures close.

Skulls commonly appear in the Dark World of A Link to the Past, where they replace common objects like Pots and Rocks.

Skulls can be found in the Yarna Desert in Link's Awakening.

Skulls appear in some Dungeons and other Caves across Hyrule in The Minish Cap. Some cover the glowing tiles where Link can use the power of the reforged Picori Blade to split himself. There are also Skulls that float up and fling themselves at Link.

In Twilight Princess, Skulls can primarily be found in the Castle Town Sewers and Arbiter's Grounds. They can be destroyed by any weapon and drop either a Rupee or a Heart.[4] Additionally, some Bubbles camouflage themselves as ordinary Skulls, only to grow wings and take flight when approached.

Skulls commonly appear in Lorule in A Link Between Worlds, where they replace common objects like Jars and Rocks. Inside some Dungeons are Skulls with a different appearance, including larger nasal cavities; these Skulls also appear in purple varieties, which drop Energy Potions when destroyed.

Skulls commonly appear in The Ruins in Tri Force Heroes, where they replace Rocks but appear alongside the common Jars. These Skulls come in both appearances from A Link Between Worlds, but do not come in the purple variety.