Zelda Wiki
Register
Don't have an account?
Sign In
Advertisement
in: Objects, Objects in A Link to the Past, Objects in Ocarina of Time,
and 5 more 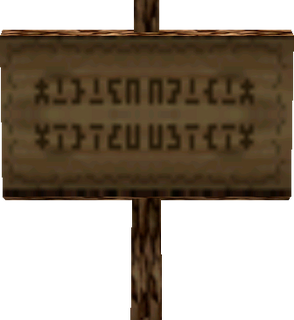 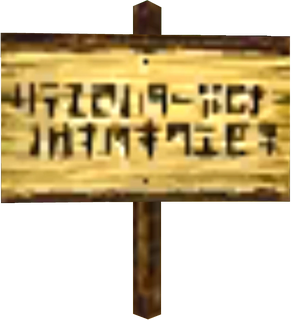 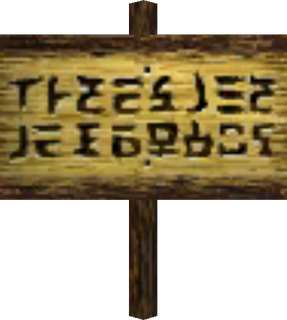 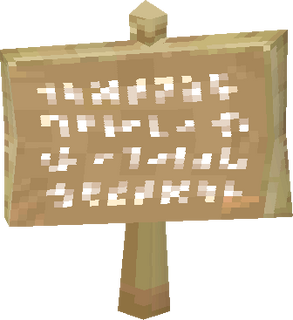 A Link to the Past
Link's Awakening
Ocarina of Time
Majora's Mask
The Minish Cap
Spirit Tracks
Signs,(OoT | TMC)[1][2][3] also known as Signposts,(LA)[4] are recurring Objects in The Legend of Zelda series. Signs go unnamed in Majora's Mask 3D,[note 1] The Wind Waker, and Twilight Princess.

In Link's Awakening, Signposts indicate the way,[7] and sometimes warn adventurers of potential dangers.[8][9] In the Ukuku Prairie, there is a Signpost Maze that consists of 14 Signposts that Link must read in a specific order to open the entrance to Mamu's house. Every time a Signpost is read, it will direct Link to the next one.[10][11][12][13] Should he fail to read the good Signpost, Link is met with a message informing him that he must start all over again.[14]

Signs are predominately used to denote locations, though they can also be placed in specific areas to inform travelers of features or dangers in the immediate area. Signs can be destroyed with a Sword or with Bombs, at which point the remains of the sign will fall to the ground. These remains can be manipulated with the Megaton Hammer, being forced to bounce around when in the vicinity of its shockwaves. Damaged Signs can be repaired with "Zelda's Lullaby".

Signs in Majora's Mask function similarly to their Ocarina of Time counterparts. When damaged, Signs can be repaired with the "Song of Healing".

Signs serve one of three purposes in The Minish Cap: they give direction to other areas of Hyrule,[15] display specific location names,[16] or provide "warnings" that double as hints for Link to explore further.[17][18] There are also a series of Signs in the Royal Valley that give Link some specific and some vague directions towards the Graveyard.[19][20]

There are a total of 31 Signs in Hyrule.

Wooden Signs appear throughout Hyrule in Spirit Tracks, and in some locations, Stone Tablets also double as Signs. Each Village features a large Sign which displays the Treasures that Link can win by submitting Prize Postcards on that day, as well as a blurb about the latest Battle Mode results.

In the Overworld, various Signs are seen alongside the Spirit Tracks which indicate to passing Trains that they should perform certain actions, such as changing gears or sounding their Whistle. If Link has a passenger aboard the Spirit Train and does not heed these Signs' instructions, the passenger will become displeased.[21]