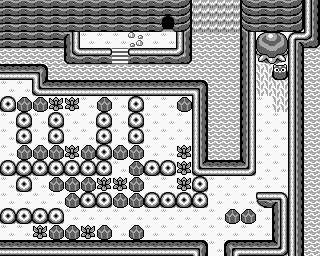 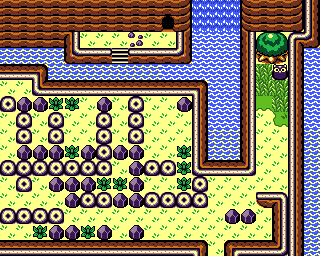 The Shrine Waterfall is a location in Link's Awakening.[1]

The area consists of a small maze with rocks and grass blocking passage, and a river in the north. A Secret Seashell can be found hidden underneath a lone rock in the north-east of the maze. An Owl Statue is situated on the very eastern edge of the area. The tree behind contains a hidden Fairy that will appear if Link rams into it with the Pegasus Boots.

Link must pass through the region in order to access the Ancient Ruins in the south, and later the Face Shrine in the north-west.

Unused location text in the original version of Link's Awakening names this region Waterfall at the Shrine.