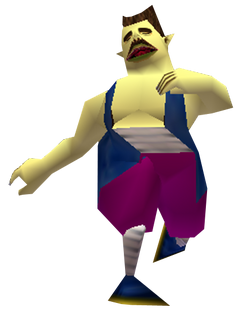 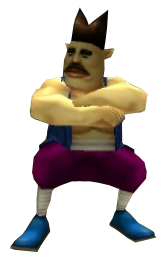 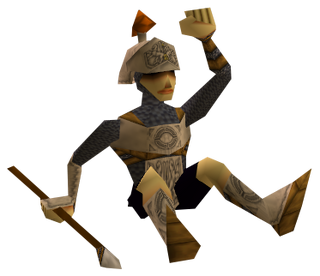 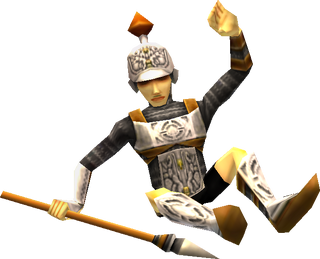 Shiro is a recurring character in The Legend of Zelda series.[1]

Shiro is a Soldier who is encountered in Ikana Canyon. He is so plain and boring that, even though he constantly waves his arms around, he is unnoticeable and invisible.[2] Link can find the injured Soldier while using the Lens of Truth.[3] After being healed with a Red or Blue Potion, he gives Link the Stone Mask.[4]

In Majora's Mask 3D, he is instead found in the center of the Pirates' Fortress next to its lookout tower, which he infiltrated in an attempt to stand out.[5] Tatl senses his presence when nearby, and alerts Link.[6] After assisting him in the same manner as in the original game, he runs out of the fortress through the nearest doorway. He can then be found on the ledge above the area with the Pirates on boats at a loss on how to proceed.[7] When spoken to, he will reassure Link that he does not need further help.[8]

Shiro means white in Japanese, which can also refer to being plain or blank, referring to Shiro's predicament of being as plain as stone.