Zelda Wiki
Register
Don't have an account?
Sign In
Advertisement
in: Enemies, Common Enemies and Traps, Water-Related Enemies,
and 6 more 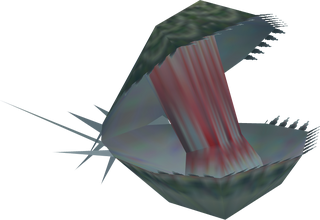 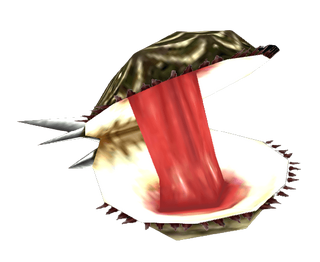 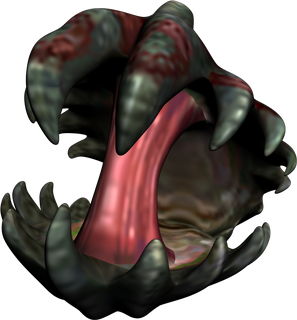 Shell Blades are recurring Enemies in The Legend of Zelda series.

Shell Blades are aquatic, clam-like enemies that inhabit submerged areas.[1] They will lunge themselves at Link if he gets too close. When they do this, Link must block them with his Shield or move out of the way. They will stop and eventually open up, exposing their muscle ligaments which Link can attack with the Hookshot in Ocarina of Time, as Zora Link in Majora's Mask, and with the Clawshot or Sword [2] in Twilight Princess. In Majora's Mask, Shell Blades guard some of the stolen Zora Eggs in the Pirates' Fortress and also appear in the Great Bay Temple. In Majora's Mask 3D, they are no longer found in the Pirates' Fortress.

It should be noted that when encountered out of water in Ocarina of Time, these enemies can be defeated with a larger spectrum of weapons. The Megaton Hammer is useful as it may shatter a Shell Blade in a single blow, as will the Bombs if timed correctly.

In Twilight Princess, it is the only normal enemy that will bleed when defeated.