Zelda Wiki
Register
Don't have an account?
Sign In
Advertisement
in: Objects, Objects in Ocarina of Time 3D, Objects in Majora's Mask 3D,
and 2 more
English 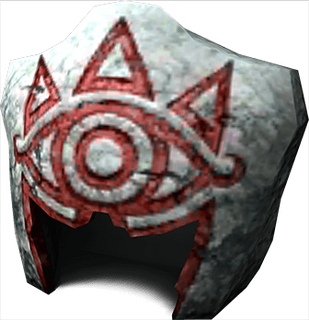 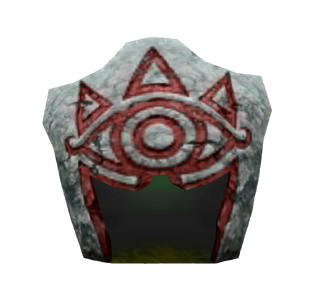 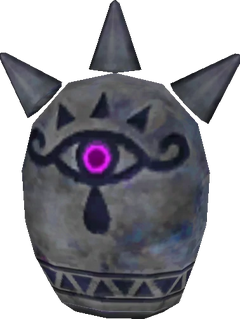 Gossip Stone
Sheikah Stones are recurring Objects in The Legend of Zelda series.[1][2] They give Link Visions and hints on how to solve puzzles, find secrets, and defeat Bosses on his adventure, provided he has reached a point in his quest close to accessing the subject.[3]

Sheikah Stones have a passage at the bottom for entry in Ocarina of Time 3D. One Sheikah Stone can be found outside Link's House and another one in the Temple of Time, as these are the two starting points upon resuming a saved game. If Link talks to one, he will have the option to crawl inside it to bring up the Visions screen. Both Sheikah Stones are absent in the Master Quest version of the game.

A Sheikah Stone appears inside the Clock Tower in Majora's Mask 3D. If Link talks to it, he will have the option to crawl inside it to bring up the Visions screen.

After Link obtains the Practice Sword in Skyward Sword, a Sheikah Stone will appear and talk to him outside the Sparring Hall. From then on, the hero can summon a Gossip Stone by playing the "Ballad of the Goddess" wherever a group of Blessed Butterflies appear.

If Link is playing in Hero Mode, the Sheikah Stone will provide him all of the hints upon their first encounter.[4]

The Sheikah Stone was removed in Skyward Sword HD.

Sheikah Stones are multifunctional objects in Cadence of Hyrule. When approached, Sheikah Stones will activate and can be used as Warp points for the Lute. After either Link or Zelda has been awakened by Cadence, either one of them can be change spot with her by interacting with any Sheikah Stone. Other Sheikah Stones can be used to open doors.[2]

Some Sheikah Stones require certain conditions to be met before they can be activated, such as defeating all enemies on the screen.[5]