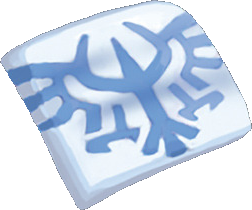 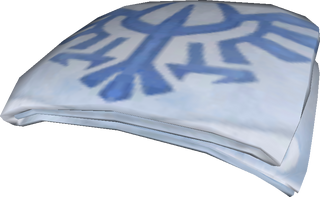 Decelerating when falling or skydiving

Ezlo
Deku Leaf
Paraglider
The Sailcloth is an Item in Skyward Sword.[1]

The Sailcloth was sewn together by Zelda herself to offer it to the winner of the Wing Ceremony.[2] Before the ceremony, Zelda is seen wearing the Sailcloth like a shawl. It is a white cloth bearing a symbol similar to the Hylian Crest. After Link wins the Wing Ceremony, he and Zelda participate in a following ritual up the hands of the Statue of the Goddess. As part of the ritual, Zelda, acting as the goddess, blesses the Sailcloth. She then unties it from her back and hands it to Link.[3] After she does so, Zelda mentions that legends tell that the goddess once gave a Sailcloth to her chosen hero, though the one Zelda gives to Link is a different Sailcloth.[4] To end the ritual, Zelda tells Link that he must leap from the statue and use the Sailcloth to land safely in the center of a circular design down below. She even challenges him to open the Sailcloth at the last second to show his courage.[5] However, instead of giving him the opportunity to leap, Zelda pushes Link over the edge. After the ritual, the Sailcloth is available for Link to use.

The Sailcloth works much like a parachute, as it slows Link's descent when dismounting a Loftwing or falling from a considerable height. Link can open the Sailcloth when nearing the ground to avoid damaging himself and safely touch down at his destination.[6] When diving from The Sky to the world below, Link will automatically open the Sailcloth if not prompted to do so. While using the Sailcloth, Link will only fall straight to the ground, unable to steer in any other direction.[7] Link can also tuck the Sailcloth away in certain areas to make a quicker landing. Aside from being used for gliding, the Sailcloth also allows Link to elevate to higher spots when a geyser or wind gust is nearby. The item can also be used to return to the Sky by riding columns of air generated by interacting with Bird Statues.