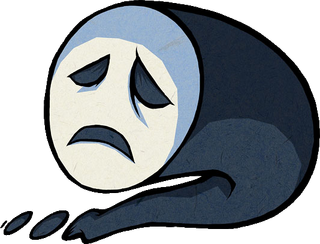 Rupee Wraiths can appear when opening Treasure Chests, pursuing the Link that opened it. If a Link comes in contact with it, he will start losing Rupees in quantities of one, then five, and finally 20. Touching one of the other Links will pass the Rupee Wraith to them. Eventually, the Rupee Wraith will vanish after a few seconds.

In Four Swords Anniversary Edition, a Rupee Wraith can be dispatched quickly by switching control to the other Link not being attacked.