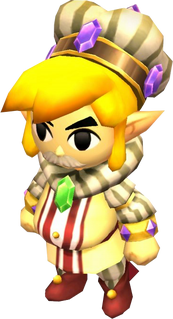 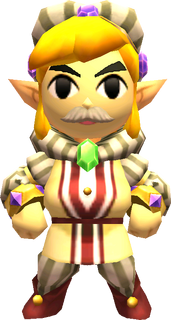 The Rupee Regalia is an Outfit that can be crafted at Madame Couture's after Link completes the Water Temple, the Fire Temple and the Ice Temple.

Wearing the Rupee Regalia greatly increases the chances of Rupees appearing when Link defeats Enemies, cuts grass, or breaks Jars.[2] It increases the potential value of these dropped Rupees to include red and purple Rupees, as well as making all Rupees appear in pairs, effectively doubling their values.