Zelda Wiki
Register
Don't have an account?
Sign In
Advertisement
in: Enemies, Common Enemies and Traps, Water-Related Enemies,
and 3 more

Not to be confused with Popo, a similar looking enemy in The Legend of Zelda series. 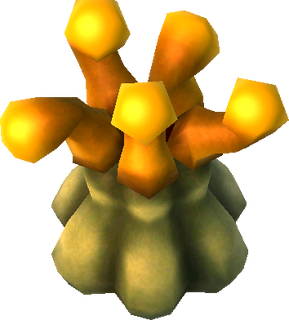 Any
Ropas are recurring Enemies in The Legend of Zelda series.[1]

In A Link to the Past they are much stronger than they look for their short size and are able to deal a surprising amount of damage. They have a light green body, and orange tentacles sprouting from around their mouths. Much like the movement of sea anemones under water, rather than moving along the ground they stalk their victims by propelling their mass through the air, hopping repeatedly to close distance. Ropa appear commonly in the Skeleton Forest and Ghostly Garden and the grounds surrounding the Palace of Darkness, but are found throughout the Dark World.

In Four Swords Adventures, Ropas have a bright green body and flesh-colored tentacles while also appearing to contain a water-like substance that occasionally squirts out from the top of their bodies. They are weak and not very aggressive, being easily able to be defeated with the Four Sword, but appear in large groups and move erratically.