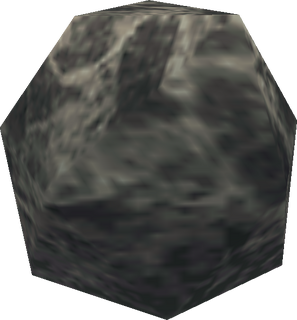 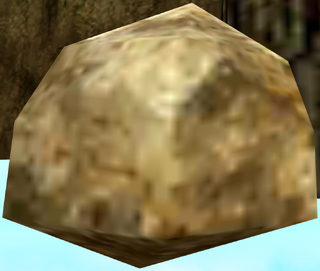 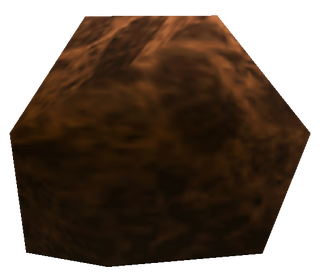 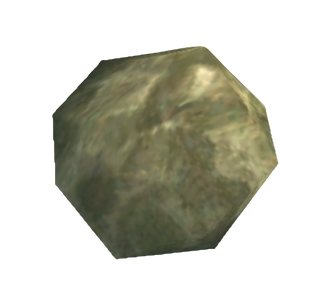 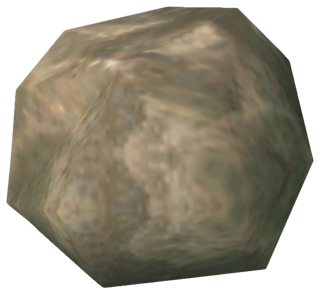 Rocks usually yield items when destroyed, such as Hearts, Rupees, Arrows, and Bombs. They also serve as obstacles that must be lifted and thrown, or destroyed by the use of Bombs or a Hammer. When thrown, they can also damage some enemies.

To move or lift some Rocks, Link must wear certain items in order to do so. In A Link to the Past, Link must wear the Power Gloves to lift silver Rocks, while the Titan's Mitt are required to lift brown ones. He can also use the Pegasus Shoes to destroy piles of Rocks. In Ocarina of Time, large, unbombable rocks can be lifted by Adult Link by using the Silver and Golden Gauntlets, although the bronze ones, using the same model with the coloring, can be destroyed by using the Megaton Hammer; both rocks for Majora's Mask, the hammer stones can be smashed using Goron Link's punching technique, or detonated with a Powder Keg, and the silver rocks, including but not limited to stones placed underwater, can only be lifted by his transformation. In Twilight Princess, Link can also use Bomb Arrows to destroy Rocks from afar.

Rocks also appear as visual hints, mostly pointing out hidden areas or covering secrets. In A Link to the Past, Magical Warp Tiles can sometimes be found under Rocks. In Ocarina of Time, Rock circles denote the location of secret grottoes that can be opened by using a Bomb, the Megaton Hammer, or by playing the "Song of Storms." Some large Rocks also hide beneath them Treasure Chests. In A Link Between Worlds, some Rocks hide beneath them lost Maiamais.

In the Dark World and Lorule, Rocks are replaced with Skulls, which may occasionally turn out to be Stals.

In Ocarina of Time, huge pillars can be found blocking the entrance to the Great Fairy Fountain outside Ganon's Castle and within the castle itself. They can only be lifted by wearing the Golden Gauntlets. These pillars are automatically thrown by Link during a cutscene after being lifted. The pillars, although they were never used, were present on the Japanese 1.0 version of Majora's Mask.[5]

In The Wind Waker, Stone Watchers appear in various locations hiding secret caves beneath them, or covering secret passages and entrances. They can only be lifted by wearing the Power Bracelets found inside the Fire Mountain, where the first Stone Watcher is found blocking the exit.

In the Game Boy Advance version of A Link to the Past and A Link Between Worlds, some Rocks have glimmers of green light around them. If Link lifts the Rock, it will turn into a normal Rock. Though if struck by his Sword, Rupees will pop out for a limited time every time the Rock is hit. If Link hits the Rock fast enough, higher value Rupees will also start appearing.