Zelda Wiki
Register
Don't have an account?
Sign In
Advertisement
in: Items, Items in Oracle of Seasons, Items in Four Swords, Items in The Minish Cap 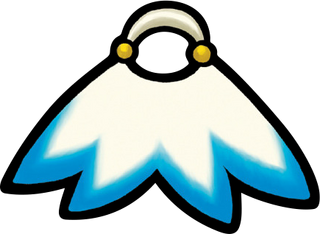 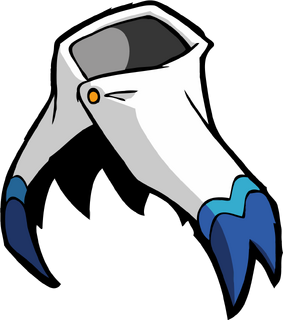 Roc's Feather
The Roc's Cape is a recurring Item in The Legend of Zelda series.[1]

The Roc's Cape is an item that allows Link to jump and glide over holes and between platforms.

In Oracle of Seasons, it is an upgraded version of the Roc's Feather hidden in the Explorer's Crypt, allowing him to cross wider gaps and evade enemy attacks by granting him the ability to glide across three spaces and double jump.[2] Usage of the Roc's Cape is paramount in traversing the Dungeon and in the fight against Gleeok, allowing Link to become airborne in order to evade Gleeok's stomping attack.

The Roc's Cape is also an item in Four Swords, notably found in Vaati's Palace and the Sea of Trees. It allows Link to cross chasms and rivers without falling in them. Pressing B after pressing A will make Link do a Down Thrust which kills all enemies and destroys any grass near the area where it was performed.

In The Minish Cap, it is hidden in the Palace of Winds. It is crucial for navigating the palace and for fighting against the Gyorg Pair. Link can use the Roc's Cape to ring the bell in the center of Hyrule Town, causing a Piece of Heart to fall from it.

In the The Minish Cap manga by Akira Himekawa, {{Term|TMC|Librari|link} gives Link a Map of Hyrule fastened with a Cucco feather. The feather is magic, and can draw maps. When Link is attacked by the Gyorg Pair above the clouds, the feather transforms into the Roc's Cape.[3] However, it can still turn back into the magic feather.

The Roc's Cape is believed to be named after the Roc, a mythical bird of enormous size and strength.