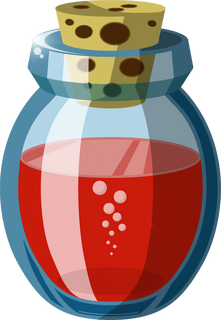 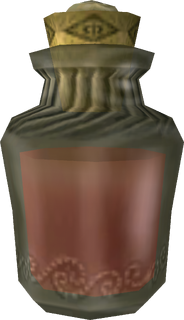 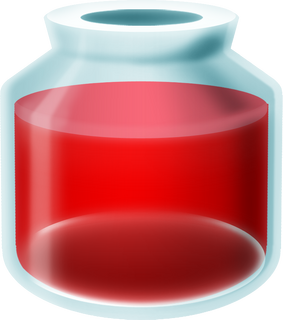 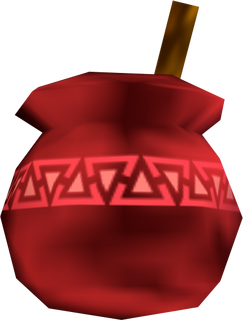 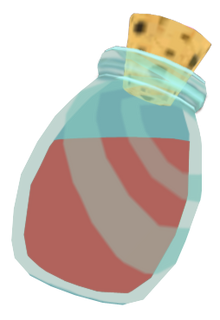 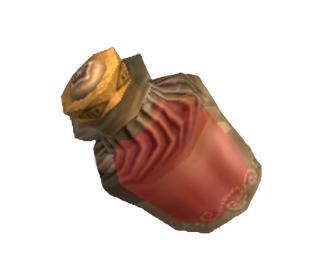 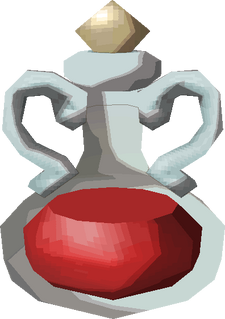 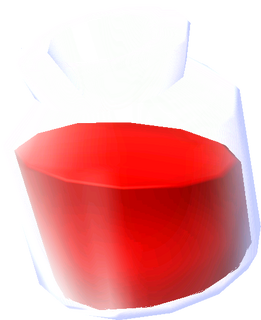 Water of Life
Elixir Soup
Great Fairy's Tears
Red Potions,(OoT | MM | TWW | TMC | TP | PH | ST)[1] also known as Medicines of Life,(ALttP)[1] Life Medecines,(ALttP)[2] and Bottles of Red Potion,(MM)[3] is a recurring Potion in the The Legend of Zelda series used to replenish Link's Life Gauge. However, the amount of Hearts the Potion recovers varies from game to game.

Prior to the Potions, the early games had introduced Water of Life. In The Legend of Zelda, the red Water of Life could purchased by various Old Women after receiving the Letter from an Old Man in a cave in northeast Hyrule, and then showing it to them. Once the Letter is delivered, the blue and red Water of Life will become available for Link to purchase, costing 40 and 68 Rupees, respectively. The red-colored Water of Life works like a blue Life Potion, except that it holds two doses. When used the first time, it turns into a normal Life Potion, which will disappear as normal when it is consumed as well.

The red Water of Life returns in The Adventure of Link, where Link finds it in a cave in the Moruge Swamp. However, instead of restoring Link's health, it is given to an Old Woman in the Mido Town, who has a sick daughter. In exchange, she invites Linkinside her house where an Old Man teaches him the Fairy spell.

The Red Potion debuted in A Link to the Past, in which it similarly replenishes all of Link's Hearts, a property which it maintains in most subsequent games, including Ocarina of Time, Majora's Mask, The Wind Waker, and The Minish Cap. Like the Green and Blue Potions, Link needs an Empty Bottle to carry it in. In Twilight Princess, Skyward Sword, and A Link Between Worlds, the Red Potion recovers eight Hearts, while in Phantom Hourglass and Spirit Tracks, it only recovers six. Also, in Skyward Sword, the Red Potion is known as the Heart Potion and can be upgraded to both the Heart Potion+ and the Heart Potion++, recovering all Hearts and, the latter, having two servings.

Potions in The Legend of Zelda series
Community content is available under GNU Free Documentation License unless otherwise noted.
Advertisement