Zelda Wiki
Register
Don't have an account?
Sign In
Advertisement
in: Enemies, Chuchus, Enemies in Majora's Mask,
and 7 more 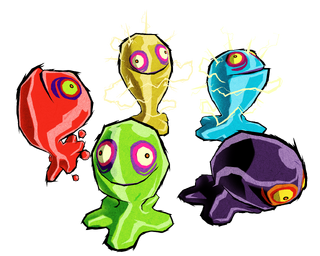 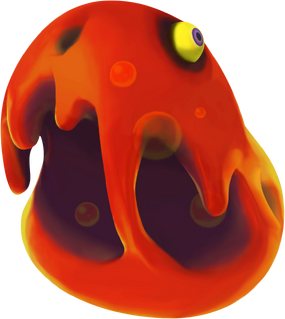 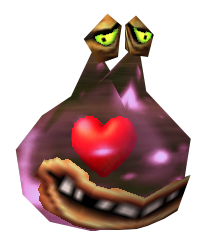 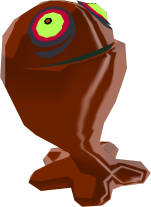 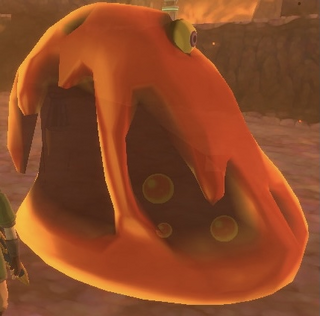 In Majora's Mask, Red Chuchus are commonplace to Termina Field, and carry Hearts in their bodies which they drop when deafeated.

In The Wind Waker, Red Chuchus are among the most common encountered type of Chuchus, and can be found on Pawprint Isle and Dragon Roost Cavern, as well as Forest Haven and the Earth and Wind Temples. They are the lowest form of Chuchu that possess no unique traits, and are thus the easiest to slay. Sometimes forming groups of three, their attack deals little damage. As simple as they are, they are valued as they can be slain for Red Chu Jelly, which can make health-replenishing Red Potions.

Red Chuchus also come in an additional variant called Rock Chuchus. Appearing in Veil Falls, they wear a rocky helmet over their face. When their helmets are destroyed, they turn into regular Red Chuchus.

In Phantom Hourglass, Red Chuchus can be found in mountainous regions as well as most Dungeons.

In Spirit Tracks, Red Chuchus are the most basic and common variety, appearing as early as the Tunnel to the Tower of Spirits.

In Skyward Sword, Red Chuchus are most commonly found at the Eldin Volcano area and can ignite Link on contact with their extremely high body temperature. They are also no longer the weakest Chuchu variety, as that role has been taken up by the Green Chuchus.