This article is about the enemies in Hyrule Warriors. For the eponymous enemies from Twilight Princess, see Gibdo. 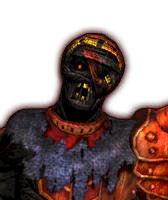 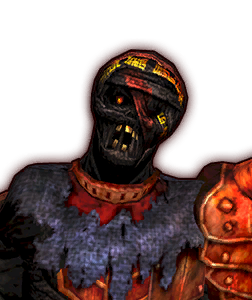 ReDead Knights appear as elite Captains alongside Gibdos. They often appear fighting alongside enemy hordes. Their special attack involves screaming while releasing a shock wave around them or a wave of noise, which stuns any opposing Warrior, including infantry troops, who are caught in it. Once stunned, they will then attack their enemy with their Swords. Their screams, however, also leaves them vulnerable to attacks as it exposes their Weak Point Gauge. They also have an additional attack which causes them to glow briefly before spewing a poisonous miasma around them, similar to Deku Babas. When charging this attack, they expose their weakness to Arrows, which will cause them to expose their Weak Point Gauge and spin around, damaging their allied units if shot at while glowing.

Knights in The Legend of Zelda series
Community content is available under GNU Free Documentation License unless otherwise noted.
Advertisement