Zelda Wiki
Register
Don't have an account?
Sign In
Advertisement
in: Enemies, Future Releases, Common Enemies and Traps,
and 15 more

Not to be confused with Mice. 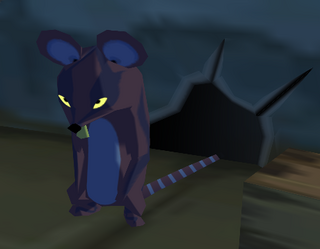 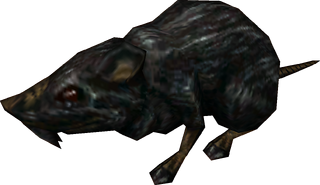 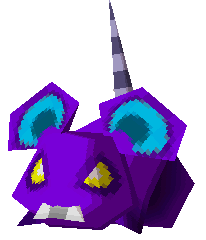 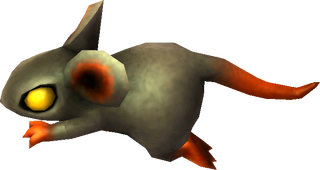 In A Link to the Past, Rats can be found in the Castle Dungeon below Hyrule Castle while Link is escorting Princess Zelda to the Sanctuary. They can also be found in various locations around Hyrule.

In The Wind Waker, Rats can steal Rupees when attacking Link, dropping them upon their defeat. If Bomb Flowers are found in the same room, Rats will pick them up and toss them at Link. These Rats are known as Real Bombchu.[2] If Link throws All-Purpose Bait at their nests, they will sell different items to him, such as Arrows, Bombs, Blue Potion, Red Potion, All-Purpose Bait, and Hyoi Pear.[3]

Rats are found in various levels in Four Swords Adventures and can be easily defeated by the Links. They drop Force Gems upon their deaths. The Real Bombchu also appear.

In Twilight Princess, Rats can sometimes be found gnawing on Skulls. Another type of Rats, called Ghoul Rats, cling onto Link, preventing him from running and jumping off platforms. When they cling to Wolf Link, Midna will become uneasy, looking down nervously at the Ghoul Rats covering Link's body. Ghoul Rats can only be seen and destroyed when using Link's wolf senses. A Spin Attack can be used to remove all at once.

In Phantom Hourglass, Rats usually appear from small holes in walls. They generally act as simple obstacles and are easily defeated in one hit.

In Spirit Tracks, Rats sometimes carry a Small Key, so Link must defeat them in order to obtain it. If one gets near a Phantom possessed by Princess Zelda, she will scream and cower, not being able to move again until Link defeats it. During the first phase of the fight with Malladus, Cole attacks Phantom Zelda with ghostly Rats that tend to attack her. If one of these Rats hits Princess Zelda, Cole will take control of her, forcing Princess Zelda to attack Link.

In A Link Between Worlds, Rats appear in the Secret Passage that Link uses to get inside the Sanctuary after Yuga locks the doors. Dark Rats, a stronger variation of Rat, also appear mostly in Lorule.

In Tri Force Heroes, there are two varieties of Rats; however, they have no difference except for their color. Regular grey Rats are generally found in The Ruins, attacking the Links normally. Blue Rats tend to appear in the Ice Cavern, and sometimes hide inside Snowballs.

Rats are set to appear in the Sequel to Breath of the Wild after being absent from the first. Aside from one about to be consumed by Malice, their role in the game is unknown.

Shiyou Rats are the weakest and most common variety, found in Hometown Prairie, Sunshine Seashore, and the Pirate Hideaway. They are not aggressive and tend to avoid Tingle if he goes near them. They are the weakest enemy in the game and regularly drop Bone. One of the Pirates owns a pet Rat called Ratty.

Chu Rats are larger, stronger versions of Shiyou Rats and also appear in Hometown Prairie and Sunshine Seashore. They are much more aggressive than the smaller variety and squeak and charge at Tingle when they see him.

Rotten Rats are found only in the Pirate Hideaway. They are dark purple in color, aggressive, and much stronger than any other kind of Rat. They also only drop Rupees when defeated.

Gold Rats are rarely found at the Hometown Prairie in place of Shiyou Rats. As with all the rare gold enemies, they drop a large number of Rupees when defeated.