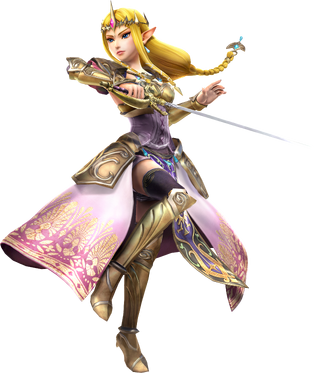 Defeating enemies
The Rapier is a class of Weapon used by Zelda in Hyrule Warriors. It is associated with Light. The Rapier grants Zelda the power to use the Light Arrows and the power of her Triforce of Wisdom as part of her moveset.

Zelda summons her Bow into her hands, drawing back a Light Arrow toward her foes ahead and fires, before disappearing as her Rapier returns to her hand. This attack deals damage in a long, rectangular range ahead of Zelda.

Rapiers in The Legend of Zelda series
Community content is available under GNU Free Documentation License unless otherwise noted.
Advertisement