Quill is a character from The Legend of Zelda: The Wind Waker. He is a Rito postman from Dragon Roost Island whom Link often runs into during his travels on the Great Sea. Quill seems to be rather stern in nature, probably due to the distrust many people give to the Rito tribe, but he seems to both like and trust Link.

Quill is first seen on Outset Island shortly before Aryll's kidnapping. While Aryll is teaching Link how to use her Telescope, he can be seen delivering mail to the Postbox in front of Link's House. After the Helmaroc King kidnaps Aryll and flies from the island, Quill convinces Tetra and her pirates to transport Link to the Forsaken Fortress, so he can save Aryll.

When Link arrives on Dragon Roost Island, Quill introduces him to the Rito Chieftain and grants him a Delivery Bag. Also, if Link does not ascend Dragon Roost Mountain immediately after helping Medli, Quill will appear and tell him that one of his comrades witnessed her capture atop the summit, though he openly expresses his doubts that it was really Medli.

During the Endless Night, Quill appears and supplies Link with information about the location of Jabun, a Water Spirit who formerly inhabited Greatfish Isle, after accidentally telling Tetra's Pirates about his location: a secret cavern behind Outset Island. Later, Quill, along with Prince Komali and Valoo, helps rescue Link and Tetra from Ganondorf at the Forsaken Fortress. He is not seen again afterward.

Quill might be named after the quill, a writing instrument made from the flight feather of a bird. 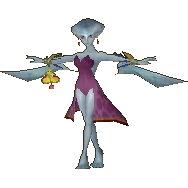 Retrieved from "https://zelda.fandom.com/wiki/Quill?oldid=494232"
Community content is available under CC-BY-SA unless otherwise noted.