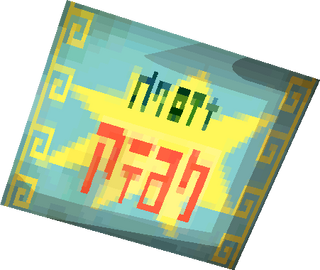 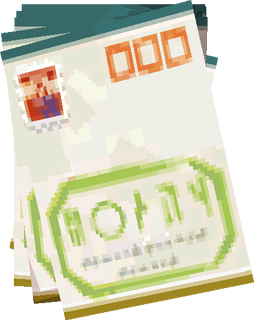 Can be mailed out in an attempt to win prizes
Prize Postcards are recurring Items in The Legend of Zelda series.[1] They are mailed out in Postboxes to win various prizes.

It is always preferable that Link loses the draw. In winning, the young hero will not receive anything other than "Congratulations" and a "picture" that is not seen or used, but if loses, he will obtain a random Ship Part as a consolation prize.

This is one of the game features to rely on the internal clock of the Nintendo DS system. Beginning at midnight following the deposit of a Prize Postcard, the Postman will notify Link on whether he won or lost the drawing at any Mailbox.

The Prize Postcards in Spirit Tracks can be purchased at various Stores in stacks of ten. Link can carry up to 99 Prize Postcards and can mail up to 20 per day to increase his chances of receiving prizes, such as Treasures. Like in Phantom Hourglass, he will be notified of the outcome by the Postman after midnight.