"When Cia opened a portal to the era of the Hero of Time, a princess other than Zelda rose up and decided to aid the Hero, making it the second time she would answer Hyrule's call for help. As a princess of the Zoras, Ruto is at home in the water, ruling over Zora's Domain at the point where the Zora's River flows into Lake Hylia. While her refined speech may initially convince enemies and allies alike that she's stuck up and snobby, her actions as a warrior instantly remind those on the battlefield why she's so beloved."
— Ruto, Zora Princess, Historical Entry Tutorial Bio

) is a playable character from Hyrule Warriors and Hyrule Warriors Legends. The Crown Princess of the Zoras and the Sage of Water, Ruto is an important figure in the Era of the Hero of Time. Due to the actions of Cia, Ruto once again comes to the aid of the land of Hyrule. 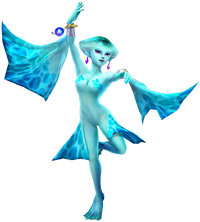 Being a Zora, Princess Ruto is a born swimmer who moves through water with grace and skill. Using her Zora Scale amulets, she can create portals of water anywhere she desires, allowing her to swim practically anywhere she chooses. As the Sage of Water, she possesses the power of hydrokinesis, able to control and manipulate water.

Dark Princess Ruto is a shadowy doppelgänger of Ruto that appears as an enemy in Adventure Mode. She has the same moveset and material drops as Princess Ruto. 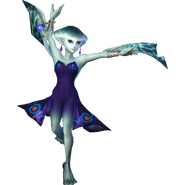 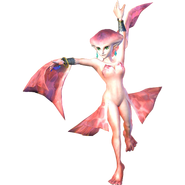 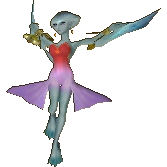 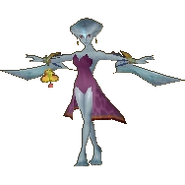 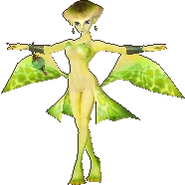 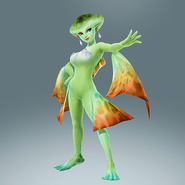 Retrieved from "https://zelda.fandom.com/wiki/Princess_Ruto_(Hyrule_Warriors)?oldid=539963"
Community content is available under CC-BY-SA unless otherwise noted.