Zelda Wiki
Register
Don't have an account?
Sign In
Advertisement
in: Items, Materials, Side Quests,
and 9 more 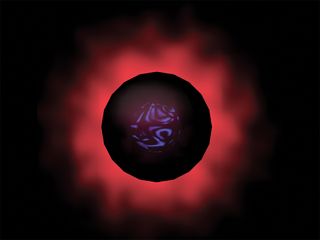 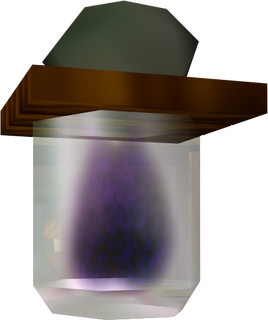 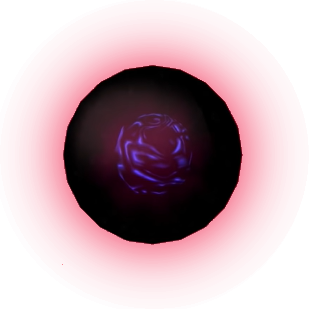 Twilight Princess
Restoring Jovani[1]
Tri Force Heroes
Making the Light Armor and Serpent's Toga[1]
Poe Souls are a recurring items in The Legend of Zelda series.[1] They are the remnants of Poes after they have been slain.

In Ocarina of Time, a defeated Poe will drop its lamp to the ground, revealing a violet Poe Soul encased within, while a Big Poe will leave behind an orange Big Poe Soul. These can be snatched up in an empty Bottle, and will disappear if left untouched. Consuming a Poe Soul will randomly either restore a portion of Link's Hearts or deplete them until he only has a partial Heart remaining.

Trapped souls can also be sold to the Poe Collector for 10 Rupees for a Poe Soul or 50 Rupees and 100 Points for a Big Poe Soul. If Link sells all 10 Big Poe Souls to the Poe Collector, he will reward him with an empty Bottle at 1,000 Points. The 10 Big Poes at Hyrule Field will only appear if adult Link is riding Epona and passes their spawn point. He must then shoot them down with the Bow to collect their souls.

In Majora's Mask, defeated Poes also drop their lamps to the ground, revealing a Poe Soul encased within. They can also be snatched up in an empty Bottle, and will disappear if left untouched. Consuming a Poe Soul will cause the same effects as in Ocarina of Time. A Big Poe is found Beneath the Well in Ikana Canyon, revealing a Big Poe Soul when defeated. The Big Poe Soul must be given to a Gibdo in order to proceed through the well. It can also be sold at the Curiosity Shop for 200 Rupees. Another Big Poe appears Beneath the Graveyard on the night of the Final Day, after Link has uncovered three blue flames by helping Dampé dig patches of dirt. It also leaves a Big Poe Soul behind upon defeat.

In Tri Force Heroes, Poe Souls are silver-rarity Materials awarded for completing the following Levels and Drablands Challenges of The Ruins:

They can also be won in the Coliseum and Daily Riches, or purchased from the Street Merchant for 1,000 Rupees each.

Poe Souls are one of the Materials used to make the Light Armor and Serpent's Toga Outfits.[1]