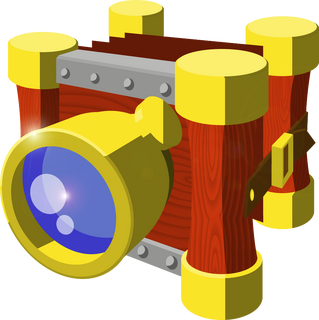 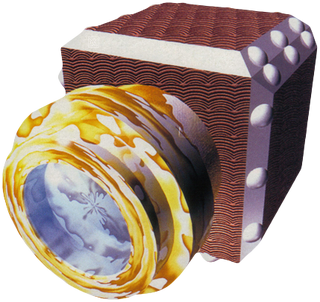 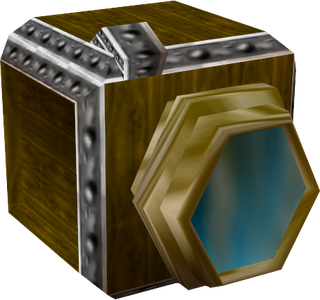 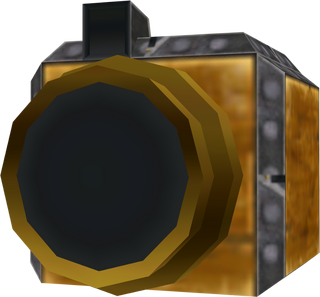 Camera
The Picto Box,(TWW)[1] also known as the Pictograph Box,(MM)[1] is a recurring Item in The Legend of Zelda series.

In Majora's Mask, the Pictograph Box is a sepia-toned camera which Link obtains from the Swamp Tourist Center after rescuing Koume from the Woods of Mystery. It can hold only one pictograph at a time.[2]

The Fisherman of Great Bay requests Link a pictograph of a Gerudo Pirate in exchange for the Seahorse that he captured near Pinnacle Rock. In Zora Hall, a Zora requests a pictograph of Lulu; if Link gives him a picture including her face, he will give him 20 Rupees.

In The Wind Waker, the Picto Box allows Link to take and store three black and white pictographs at a time. It is found inside a Treasure Chest at the end of the crawlspace maze in Tingle's jail cell on Windfall Island. In The Wind Waker HD, the storage is increased to twelve images. The Picto Box also has a new feature which enables Link to take self-photographs while making any of nine facial expressions. Link can send pictographs to Miiverse via Tingle Bottle. Pictographs found inside Tingle Bottles can be saved in the Picto Box for later use in the Nintendo Gallery. The Deluxe Picto Box is not required to save color pictographs from Miiverse.

In The Wind Waker HD, Link starts with the Deluxe Picto Box, eliminating the need of the Forest Firefly sidequest.