Zelda Wiki
Register
Don't have an account?
Sign In
Advertisement
in: Objects, Statues, Objects in Link's Awakening,
and 11 more 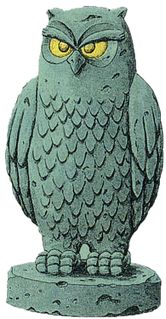 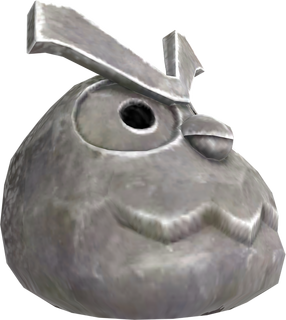 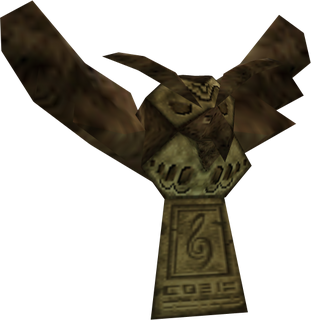 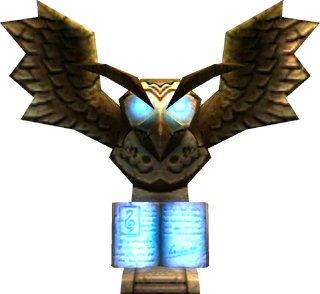 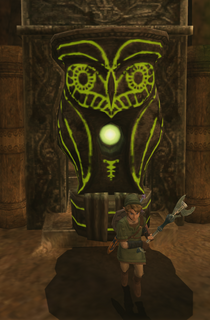 In Link's Awakening, Owl Statues are scattered across Koholint Island. They tell Link information that may be helpful, or may be completely useless.[citation needed]

In Link's Awakening DX, Owl Statues are also located inside every Dungeon. They reside on walls with a hole where its beak should be. After Link finds a Stone Beak, he can attach it to an Owl Statue to receive hints on Puzzles, enemies, Sub-Bosses, or the Dungeon's Boss.[1] They replace Stone Slabs from Link's Awakening, being identical in every way but name and appearance. Link will not understand the Owl Statue's hints until he attaches a Stone Beak to it.[4]

This article is incomplete.

The editor who added this notice did not leave any additional information.
Please contact them to know what is missing.

In Majora's Mask, Owl Statues are made in the likeness of Kaepora Gaebora,[5] who resides in Termina. After learning the "Song of Soaring", Link can warp to any Owl Statue he has activated; the statues are activated by striking them with a Sword. They also serve as save points where Link can save and quit, although they are temporary saves, as the only way to fully save is by playing the "Song of Time." When Link saves at an Owl Statue, an Owl mark will appear next to the game file.

In Majora's Mask 3D, Owl Statues need to be checked instead of hit with the Sword to activate them, and now permanently save Link's progress. Additionally, some Owl Statues were relocated. Quill Statues, a new type of statue, were also added; these statues allow saving, but cannot be warped to with the "Song of Soaring."[6] Quill Statues appear all across Termina, including inside dungeons.

In Oracle of Ages and Oracle of Seasons, giving a Mystery Seed to a statue will cause it to raise its wings and give advice on a nearby challenge.[7]

In Twilight Princess, Owl Statues hold the missing Sky Characters from the Ancient Sky Book.[8] After Ilia's memory is restored, Shad, who is studying an Owl Statue in Renado's Basement, will see the Ancient Sky Book that Link received from Impaz. He will then proceed to read a part of the book to restore power to the Dominion Rod. Link must then search for all remaining statues to find the missing Sky Characters.

In addition to these, five more Owl Statues can be found. The first one is located in Renado's basement near Shad, although it lacks a hole to react to the Dominion Rod. The other two are located in the cemetery of Hyrule Castle. They do not hide Sky Characters, but allow Link access to a Key. The final pair are found in the first part of the Temple of Time. One blocks the path to a Heart Piece, while the other hides a Poe.

In Hyrule Warriors, Owl Statues from Twilight Princess appear as part of Zelda's moveset while wielding the Dominion Rod. Owl Statues based on their Majora's Mask appearance also appear on the Termina Map in Adventure Mode. When a Battle with an Owl Statue is completed, it will open its wings and enable the Battle square (and others around it in a cross shape) to be unaffected if the Map is reset when using the "Song of Time" Item Card, or if the Moon falls.

In Hyrule Warriors Legends, Owl Statues based on their Majora's Mask appearance can be used in conjunction with a golden Ocarina. Warriors can find Statues spread all across a Stage. The Statues can be activated by interacting with them and can be later reached immediately by playing the Ocarina. Playing the Ocarina allows the Warrior to select any of the active Owl Statues and warp to the selected Statue via a cyclone.