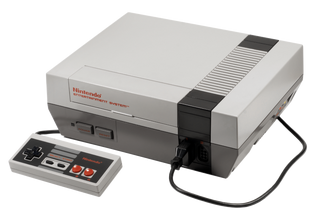 The Famicom Disk System was a peripheral for the Famicom that was released in 1986 in Japan only. The Disk System connected to the Famicom via a port on the bottom of the Famicom and used rewritable double-sided Quick Disks ("Disk Cards") to store game data. These Disk Cards were some of the first console games to allow a player to save their game progress.

Many popular Famicom games such as The Legend of Zelda, Metroid, and Kid Icarus were originally released as Disk System titles. Most Disk System titles were later re-released as regular cartridges, using passwords or battery-backed memory to save game progress in lieu of the Disk Cards' rewritable memory.

The NES Classic Edition is a smaller version of the Nintendo Entertainment System released in 2016 that does not accept cartridges. Instead, it comes with thirty pre-installed games, The Legend of Zelda and The Adventure of Link among them.