Please improve it as you see fit. Editing help is available.
This article has been flagged since October 13, 2011.

Nintendo first started making video game consoles after being inspired by the success of other electronic games, mainly arcade games.

The Famicom was the second system Nintendo released, released in Japan in 1983 (the first, the Color TV Game series, were dedicated consoles). The Famicom cost about 100 dollars at release and sold over 500,000 units. However, they soon had to recall it due to faults that made it impossible to play certain games. After fixing the faults, the system was rereleased and became popular by the end of 1984.

An add-on called the Famicom Disk System was released on February 21, 1986. It used "Disk Cards" that could hold 112 KB of data. They were much cheaper to produce, but at the cost of having to switch the sides of the disk and there being longer load times. Nintendo also released Disk Writer Kiosks in stores, where games games could be written on disks for 500 yen. Some games were also exclusive to the Disk System in Japan.

On October 18, 1985 Nintendo released the Nintendo Entertainment System (NES). The NES was a redesigned version of the Famicom for outside Japan. It sold for about 150 dollars at the time and a typical game sold for about 40 dollars. The NES soon became one of the most renowned systems of all time, selling over 60 million units before being discontinued in 1995. Although Super Mario Bros. was the best selling game on it, it did launch many of the famous titles known today such as the original The Legend of Zelda and The Adventure of Link.

Nintendo released its 16-bit system, the Super Nintendo Entertainment System (SNES), in 1991. Building off the success of the original NES, the SNES successfully competed with the other systems at the time. The SNES became known for its top-of-the-line graphics and many games considered to be today's classics were released on this system, including A Link to the Past, Super Mario World, and Super Metroid.

An add-on called the Satellaview (BS-X) was later released for the console in Japan. It connected to the St. GIGA satellite station between 4:00-7:00 PM so players could download and play games. The BS-X system broadcasted for 5 years, up until June 2000. The Legend of Zelda games that were released through the BS-X include BS The Legend of Zelda, Ancient Stone Tablets, and a port of A Link to the Past.

In 2002, Nintendo released the Nintendo GameCube (GCN). The GameCube pushed Nintendo out of the cartridge era and into the disc era. It also enhanced the graphics and music greatly. More Zelda games came along with it, too such as The Wind Waker, Four Swords Adventures, and Twilight Princess. A tech demo was used to showcase the console's capabilities, and led to many thinking it was a new title to the Zelda franchise. This caused many fans to be disappointed when The Wind Waker was revealed, due to the game's cartoony cel-style shading.

In 2006, the Wii was launched as Nintendo's first wireless console. All consoles came with the game Wii Sports, which was something unique to a console release. Twilight Princess was ported on the Wii with new controls. A game called Link's Crossbow Training was also made which was bundled with the Wii Zapper. An accessory for the Wii Remote called Wii Motion Plus was made to improve the motion controls for Wii, which was showcased in Wii Sports Resort. A Zelda game called Skyward Sword was made later which utilized the improved motion controls. Others titles featuring Zelda characters released for the Wii were Super Smash Bros. Brawl and Captain Rainbow.

In 2011, Nintendo announced the Wii U, the successor to the Wii. It is the first HD console from Nintendo. The Zelda HD Experience, a Wii U tech demo, was used to demonstrate the console's capabilities, leading some to believe it was a new Zelda game, though this was not the case. Zelda games released for the Wii U include The Wind Waker HD and Twilight Princess HD. Breath of the Wild was released simultaneously for the Wii U and the Nintendo Switch.

The Game & Watch line is a series of single-game handhelds. Only one Zelda Game & Watch game was released, and is simply titled Zelda (Game & Watch) 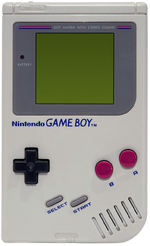 The Game Boy is the first battery-powered handheld game console that could run different games sold by Nintendo. It is the third system that allowed a portable The Legend of Zelda game, behind the The Legend of Zelda Game Watch and Game & Watch. It is one of the world's best-selling game system line, selling over 118 million units worldwide to date since its release 1989.[1] 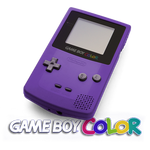 The Game Boy Color (GBC) was in 1998 as the successor of the Game Boy. As the name implies, it features colored graphics, and has processing power comparable to the NES. It had three Zelda titles, namely the previously mentioned Link's Awakening DX and two other games, Oracle of Ages and Oracle of Seasons.

A total of three The Legend of Zelda games were made for the device, those being A Link to the Past & Four Swords and The Minish Cap

Furthermore, a Game Boy Advance could be connected to a GameCube. This was used to play Four Swords Adventures with up to four players and to communicate with Tingle via the Tingle Tuner in The Wind Waker.

The Nintendo DS is the first in Nintendo's DS series. It features dual screens, the lower one being a touch screen, a built-in microphone, and wireless capabilities allowing for multiplayer games and applications. Aside from playing its own special cartridges, it is backwards compatible with Game Boy Advance games. The DS was later redesigned into the smaller, lighter Nintendo DS Lite.

Phantom Hourglass makes use of the DS internal clock. Certain events will take place at midnight according to the internal clock of the system.

Games released for the Nintendo DS were:

The Nintendo DSi is the third version of the Nintendo DS handheld gaming system, but it has been stated that the DSi should be considered as a separate console. The DSi lacks a Game Boy Advance slot, presumably because it is thinner than the original DS systems. It introduces several new features over the Nintendo DS, such as two digital cameras and an online shop, and an alternate, larger version called the Nintendo DSi XL was later sold simultaneously with the DSi.

As part of the 25th Anniversary of The Legend of Zelda series, a remake of Four Swords was made, called Four Swords Anniversary Edition, it was available as a free download for both the Nintendo DSi and Nintendo 3DS in September 2011.[2]

The Nintendo 3DS is the successor of the DSi. Like previous DS consoles, it features dual screens, but the top screen is able to produce "3D effects without glasses" via a process called autostereoscopy. The console is also backwards compatible with DS and DSi games. A larger version similar to the DSi XL called 3DS XL was released later in March 2011.

Currently, the 3DS has four Zelda games: Ocarina of Time 3D, A Link Between Worlds, Majora's Mask 3D and Tri Force Heroes. Link's Awakening DX was released on the Nintendo eShop on June 7, 2011. It remains identical to the original Link's Awakening DX throughout the game besides a minor text change. The Oracle games were also released on the eShop though with removed connection support and GBA mode access.