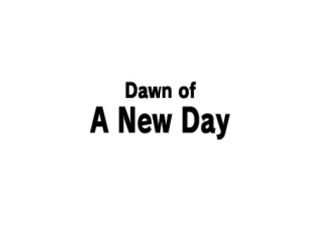 Termina is saved
The Dawn of A New Day, is a day in Majora's Mask, the events of which are shown during the ending credits.

As a Bad Ending

If Link fails to defeat Majora's Mask before the Moon ends up falling towards Termina, a cutscene showing its destruction appears.

As the Ending Credits

During the Dawn of A New Day, several characters Link has helped in the past get some much needed closure. The first event showcased is that of the Skull Kid, now free of the power of Majora's Mask, reconciling with the Four Giants. During this scene, the Skull Kid also befriends Link, and the Happy Mask Salesman recovers Majora's Mask. After bidding Link farewell, the Happy Mask Salesman enigmatically vanishes.

The following is a list of events as they occur chronologically during the Ending Credits of Majora's Mask.