It has been suggested that the portion of this page concerning Rock Mushroom should be made into its own page. Should the target page already exist, this content should be merged into it where appropriate. Discuss this on article's talk page. 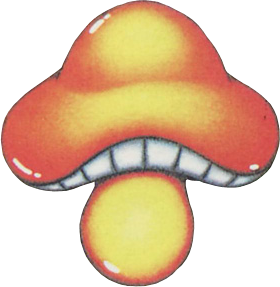 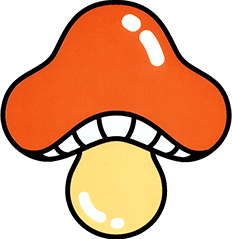 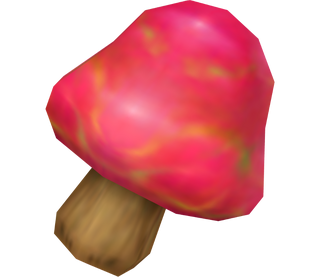 In A Link to the Past, the Mushroom can be found within the Lost Woods. Link can offer it to the Witch in exchange for the Magic Powder.

In Link's Awakening, the Sleepy Toadstool is found in the Mysterious Woods. It can be given to Syrup to be made into Magic Powder.

In Ocarina of Time, the Odd Mushroom is part of the Trading Quest. Grog gives it to Link in exchange for Cojiro.

In Majora's Mask, a Magic Mushroom can be sold to the Magic Hags' Potion Shop for 20 Rupees each; at least one must be delivered during that cycle before Blue Potions can be purchased there. They can also be sold to the Curiosity Shop for 5 Rupees each.

In Oracle of Seasons, a Mushroom appears as an item in the Trading Quest. Using the Megaphone, Link can wake up Talon in a cave atop Mt. Cucco. In exchange for waking him, Talon offers Link a Mushroom, which can in turn be given to Syrup in Sunken City in exchange for the Wooden Bird.[2]

Rock Mushrooms, also known as Petri Fungus,[3] also appear as obstacles in Holodrum. They are a rock-solid fungus that can only be picked during the autumn season. Link can use the Power Bracelet to pick them, use the Magical Boomerang to remove them, or use Dimitri to eat them.

In The Minish Cap, the Wake-Up Mushroom is required for Link to obtain the Pegasus Boots.

Elastic Mushrooms can also be found in certain areas while Link is shrunk to Minish-sized. The Gust Jar can be used to suck and pull back the mushroom caps, which will then throw Link once released.

In Skyward Sword, mushrooms can be found in the Faron Woods, Deep Woods, Skyview Temple, and on certain islands in The Sky. Link can slash them with his Sword to produce Mushroom Spores, which can be stored in Bottles and used to heal Loftwings. Glittering mushrooms can also be found, which produce Glittering Spores than can also be stored in Bottles. They produce different kind of effects when used on items and enemies.

In Hyrule Warriors Legends, Odd Mushrooms appear as Plant-type Food. They are imbued with the Darkness Element. When consumed by a Companion Fairy in the Dining Room of the My Fairy mode, Odd Mushrooms can increase the Fairy's Trust level and personality traits.