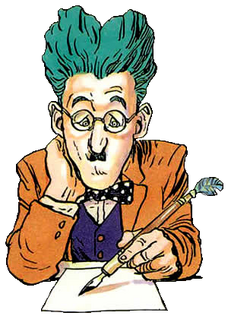 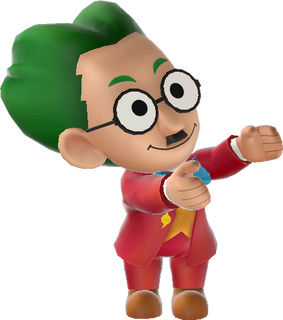 Mr. Write is as a lonely letter-writer who sends countless letters to various people, but never gets any replies.[3] He lives in a house on the border of the Mysterious Woods.[4] He is part of the game's Trading Quest. Fittingly, the item Link delivers to him is a Letter from Christine, a resident of the Animal Village.[5] He gives Link a Broom in exchange, seemingly because he has nothing better to offer.[6] When the letter is delivered, it is revealed that it is a love letter, and that Christine has enclosed a photograph.[7] Although Mr. Write believes the photo to be of Christine herself, it is actually an image of Princess Peach from the Mario series.[8] This is a reference to long distance relationships, since she is lying about what she looks like and Mr. Write believes he is writing to a beautiful woman.[9]

His name is a reference to the fact that he loves writing letters.