Zelda Wiki
Register
Don't have an account?
Sign In
Advertisement
in: The Shadow Prince Pages Lacking Name References, Locations in The Adventure of Link, Swamps,
and 3 more 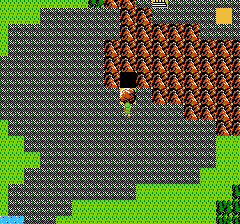 The Crystal Trap
The Shadow Prince

Moruge Swamp is a recurring location The Legend of Zelda series.[1][name reference needed]

In The Adventure of Link, Moruge Swamp is a swamp situated directly to the north of the Water Town of Saria. To get to the swamp, Link must first obtain the Jump Spell from the Town of Ruto, and then pass through the cave south of the town. The swamp borders a mountain range to the north, and a cave blocked by a boulder can be found where it borders said mountain range. By opening the cave using the Hammer found in Death Mountain, Link will be able to enter the cave infested with Daira. It is at the end of the cave that the young hero finds the Water of Life, which he gives to the mother of a sick girl in the Harbor Town of Mido to receive the Fairy Spell from an Old Man. A 1-Up Link Doll and a Fairy can also be found around the swamp.

Link has to cross its motion-inhibiting mire on his way to the Water Town of Saria during his quest to wake Princess Zelda.

In The Crystal Trap, the Moruge Swamp (misspelled as "Moluge") is briefly mentioned when Princess Zelda reaches the Pillar Crossroads and is trying to pick which way to go, whether through the Desert, Swamp, or the Forest. The Swamp, however, is never confirmed to be the Moruge Swamp.[2]