Zelda Wiki
Register
Don't have an account?
Sign In
Advertisement
in: Enemies, Arthropod Enemies, Enemies in The Wind Waker,
and 2 more
English 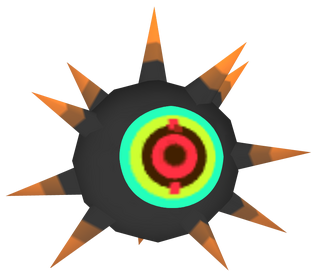 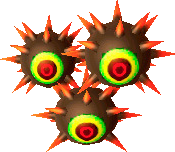 Sword
Deku Leaf
Morths are recurring Enemies in The Legend of Zelda series.[2]

Morths mainly appear in wooded areas, most commonly in the Forbidden Woods in The Wind Waker. They will close in on Link whenever he moves close. If several Morths latch on, they will hamper his movements. Link can easily free himself by performing a Spin Attack or just by rolling. They are easily dispatched with the Sword and the Boomerang if they are not latched on to Link. They can also be sent flying away by using the Deku Leaf. Morths are also occasionally released by Mothula as well.

Morths appear in certain Levels of The Dunes area and in the Desert Zone of the Den of Trials in Tri Force Heroes. They always appear in groups of three and will immediately slow down the Link they manage to attach to. When attached, Morths prevent the Link from dashing. Morths cannot be removed by the Link they are latched onto, instead, another Link can free him by attacking them with his Sword or with another item. Morths often appear in sandy areas, potentially making the Links susceptible to sinking in quicksand. Morths will also respawn shortly after they are defeated. They often appear in Stages where all enemies have to be defeated, however, Morths are not counted. They will disappear completely after clearing these Stages.

Morths will die if a Link steps onto an active Triforce Gateway. Morths that attempt to attach onto a Link wearing the Cacto Clothes will die immediately.