Zelda Wiki
Register
Don't have an account?
Sign In
Advertisement
in: Villages, Locations, Locations in The Minish Cap 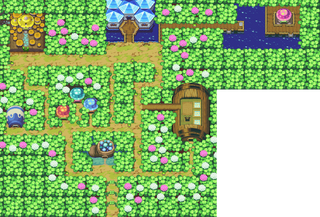 Link's Reception in the Village

When Link first arrives in the Village, the Forest Picori act surprised to see him, as it has been ages since the last human visit to the village.[3][4] Despite the relative shock shared by most Forest Picori at Link's presence, a prominent Minish named Festari enthusiastically greets him at his home, revealing himself as an admirer and human enthusiast.

North of the Village lies the Deepwood Shrine, the game's first Dungeon and the location of the Earth Element. To access the Dungeon, Link must get the approval of Gentari and Festari; the latter guards the passage to the Shrine itself.