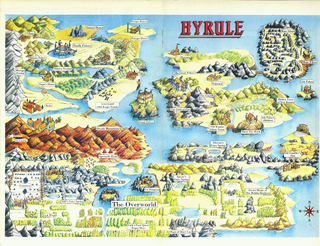 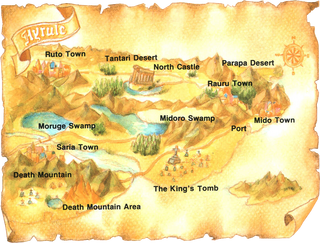 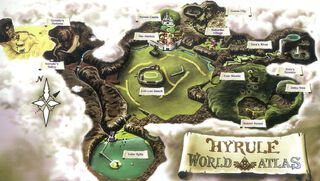 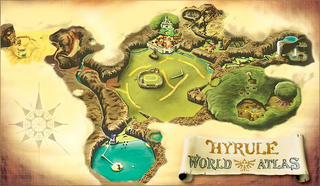 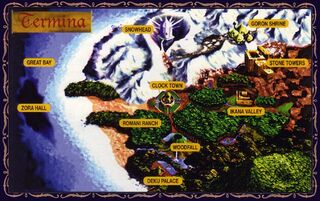 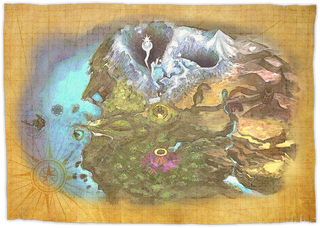 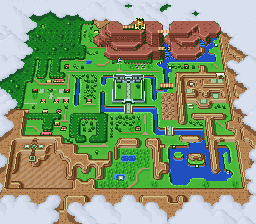 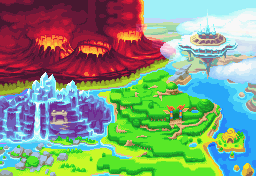 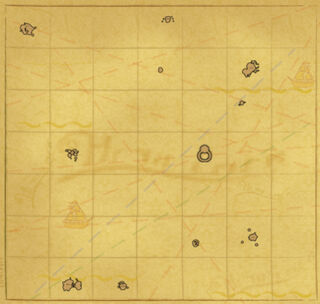 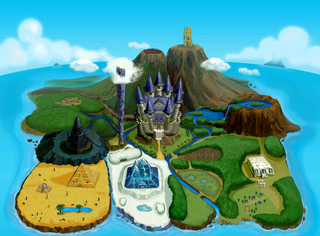 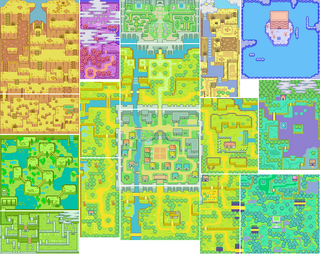 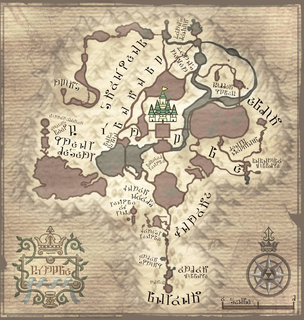 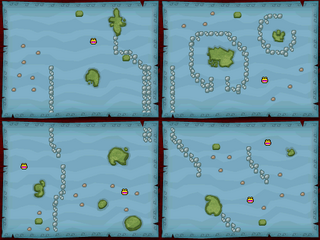 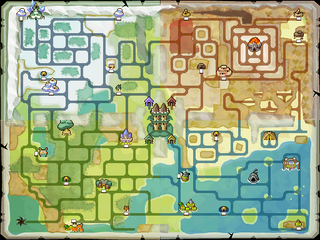 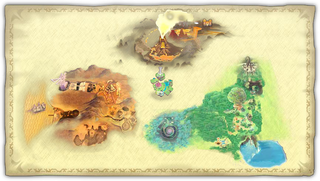 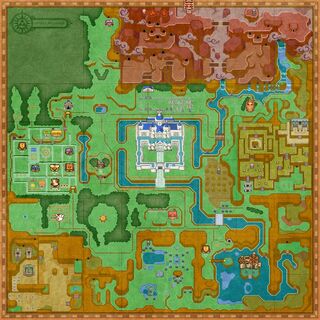 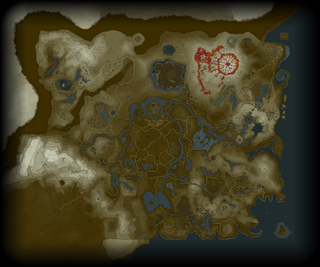 The Legend of Zelda only displayed a plain gray square on screen, which represented the Overworld. A flashing red rectangle indicated Link's location.[2]

Full World Maps have been available during gameplay since A Link to the Past. Oftentimes, key locations will be marked on World Maps, such as Towns and Link’s next destination.[3][4] In A Link to the Past and every game since The Wind Waker, it often possible to magnify an area of the World Map to get a keener look at the layout. When Warping is possible, some of the titles in the series would display the World Map to show where Link can warp to. The World Map is not always used only for navigation; in Four Swords and Four Swords Adventures, the World Map is used for selection different stages. The World Map of Skyward Sword allowed Link to place light Beacons to guide the way to a chosen destination. There are diverse methods of obtaining and using World Maps throughout the series.

Sometimes, Link begins an adventure with a full World Map. In A Link to the Past, the World Maps are available in their entirety from the start.[5] Link's Awakening's World Map starts out blank, but an atlas in Mabe Village's Library reveals every location on Koholint.[6] Though only a level select screen, Four Swords' Map can also be wholly viewed from the start, with a few minor additions as the game progresses.

Most commonly, the areas of the World Map must be filled in. Link’s Awakening includes a World Map with a grid, and is the first game in the series where each location on the World Map is labeled.[7] Each section of the grid is obscured until explored. Oracle of Seasons and Oracle of Ages use the same mapping system.[8] Similarly, the World Map of Ocarina of Time shows only places that have been visited, though a grid is not in place.[9] Similarly, Four Swords Adventures, The Minish Cap, Twilight Princess and Skyward Sword also mark new regions on the Map when Link first enters them. New Islands and Train Stations in Phantom Hourglass and Spirit Tracks can also be viewed through the World Map only after they are discovered.[10]

Sometimes, parts of the World Map can only be viewed by buying or otherwise earning them first. Maps for each region in Majora's Mask must be purchased from Tingle, even if a region has already been explored.[11][12] The Sea Chart in The Wind Waker can only be updated with images of islands by tossing Fishmen All-Purpose Bait.[13][14] Smith gives Link a World Map early in The Minish Cap, though its regions on the Map must be uncovered as described earlier.[15]

While useful, the World Map was not necessary to move forward in most Zelda games. However, Maps were crucial for exploration in both Phantom Hourglass and Spirit Tracks. No region of the Overworld in Phantom Hourglass could be explored until Link had a Sea Chart for that area, each of which could be found in the Temple of the Ocean King.[16] Together, the World Map was separated into quadrants. This is much like the Rail Map in Spirit Tracks, which had also had four parts, one for each of the four realms. A part of the Rail Map must be attained from the Spirit Tower to visit the Realm detailed on it.[17] To travel across either of these Overworlds, a course must be charted on the Maps themselves.[18][19]