Zelda Wiki
Register
Don't have an account?
Sign In
Advertisement
in: Enemies, Plant-Like Enemies, Enemies in Hyrule Warriors,
and 2 more 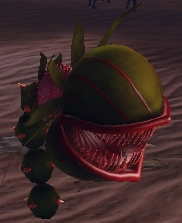 While Manhandla makes an appearance in Hyrule Warriors, Manhandla Stalk also appear as individual Manhandla stems that emerge in various locations in Scenarios, more commonly in Adventure Mode, where they can appear in groups of two but appear more commonly in groups of three. From the location that they sprout, they will barrage either the opposing Bases or opposing Warriors from afar. If a Warrior approaches the Stalk, it will fire at them. Large numbers of Manhandla Stalk can deal high amounts of damage to the Allied Base, so defeating them is a priority. Manhandla Stalk can be defeated instantly with the Boomerang, and unlike Manhandla itself, the Stalks can be damaged by other Weapons. Manhandla Stalk do not drop Weapons when defeated.

In "The Sorceress of the Valley", Manhandla will retreat when its health is down to half and reemerge as five Stalks that must be defeated. Defeating these stalks will make Manhandla reappear in its entirety.