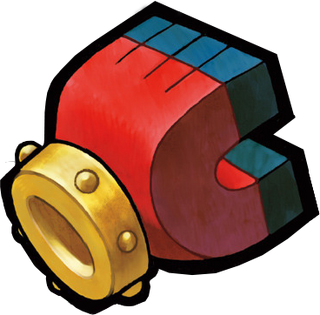 Magnesis
Magnetic Gloves are recurring Items in The Legend of Zelda series.[1]

Magnetic Gloves can be used to pull or push other Link or to pull a Link to a magnetic block in Four Swords. Each time the A-Button is tapped, the polarity of the Magnetic Glove is reversed.[2]