Zelda Wiki
Register
Don't have an account?
Sign In
Advertisement
in: Enemies, Common Enemies and Traps, Fire-Related Enemies,
and 3 more 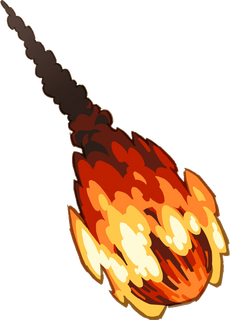 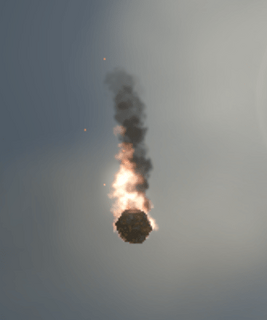 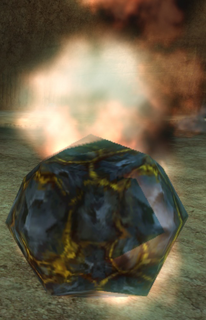 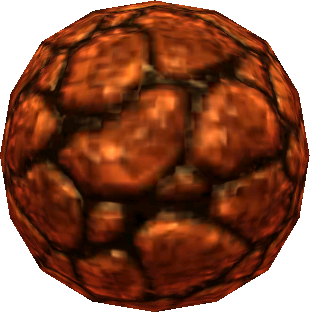 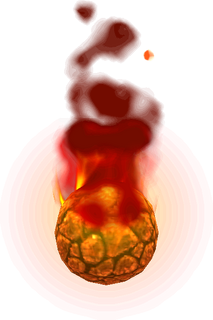 Volcanic areas
Magma Bombs,(BotW)[1] also known as Falling Rocks,(PH)[2] and Volcanic Rocks,(TFH)[3] are recurring hazards in The Legend of Zelda series. They go unnamed in Ocarina of Time, Twilight Princess, Spirit Tracks, and A Link Between Worlds.

In Ocarina of Time, Magma Bombs fall from the sky during volcanic eruptions on Death Mountain when Link is a child. When this happens, the ground will tremble and Magma Bombs will descend shortly after. There are two types of Magma Bombs that will fall: a series of sporadically-placed rocks and Magma Bombs which will fall directly onto Link. These can be deflected by using any Shield.

In Twilight Princess, Magma Bombs fall from the sky during Link's first visit to Death Mountain, including the Molten Shard. They can be avoided by looking at their shadows to see where they will land and by listening for the whistling sound they make as they approach the ground. Magma Bombs tend to explode when making contact with the ground. Once Link has quelled Fyrus's rage in the Goron Mines, the Magma Bombs will stop falling permanently.

In Phantom Hourglass, Falling Rocks fly out of the active volcano in the Isle of Ember. Link must avoid them while climbing to its summit in order to enter the Temple of Fire.

In Spirit Tracks, when visiting the Fire Realm for the first time, Magma Bombs fall around and on the Spirit Tracks. Link must use the Cannon in order to blast them out of the rails. When Link arrives to Goron Village, he finds out that several paths are blocked by the debris. Link must then get Mega Ice to the Village in order to open these paths. On his way to the Fire Sanctuary, Link must avoid more Magma Bombs.

Cragma, the Boss of the Fire Temple, also uses Magma Bombs as one of its attacks.

In A Link Between Worlds, a volcanic eruption takes place when Link first arrives at Hyrule's Death Mountain, causing Magma Bombs to continually rain down around Link. Occasionally, a Magma Bomb will burst into several Green Rupees when it smashes into the ground, while sometimes it will spawn a Deadrock instead.

Magma Bombs will no longer threaten Link once he reaches the summit of Death Mountain, but will resume falling if he returns to the Mountain's lower portions.

In Tri Force Heroes, Volcanic Rocks only appear in the third stage of Blazing Trail and during the "Avoid the volcanic rocks!" Drablands Challenge in the Den of Flames and the Dragon Citadel. The Links must avoid the falling rocks while traversing these Levels; being hit by one will burn them as well as causing damage.

In Breath of the Wild, Magma Bombs fall from Death Mountain and explode around the Eldin Region. This is caused by the rampaging of the corrupted Divine Beast Vah Rudania.[4] Due to the Magma Bombs, a rock slide seals the entrance to the vault where Bludo's painkillers are kept, trapping Yunobo inside.[5] Once Rudania is freed from Calamity Ganon's corruption, the Magma Bombs stop.[1]