Zelda Wiki
Register
Don't have an account?
Sign In
Advertisement
in: Items, Magic Restoring Items, Items in The Adventure of Link,
and 10 more
English 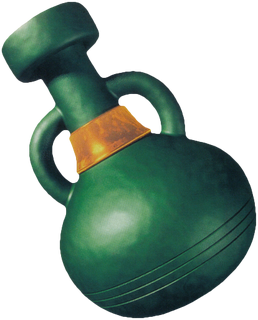 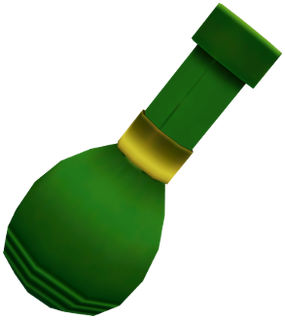 Energy Potion
Magic Jars,(OoT | MM | TWW)[1] also known as Magical Decanters,(ALttP)[1] are a recurring items in The Legend of Zelda series. They are used to replenish the Magic Meter, which is consumed while using certain magic items, attacks, and abilities. Magic Jars have a similar effect as Green Potions, but generally do not replenish as much Magic, are not sold in Shops, and are consumed on the spot instead of stored in Bottles. They are most commonly found by breaking Pots, cutting grass, or killing enemies.[2]

In The Wind Waker, big Magic Jars only refill a portion of the Magic Bar.