Zelda Wiki
Register
Don't have an account?
Sign In
Advertisement
in: Equipment, Items, Items in The Wind Waker,
and 6 more
English 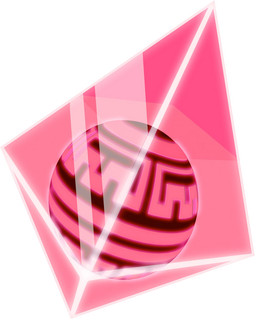 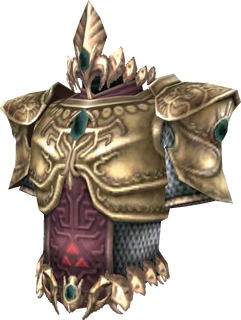 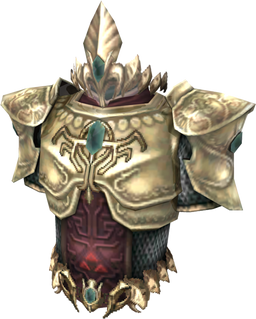 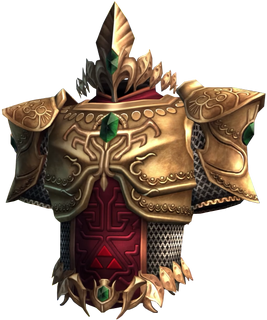 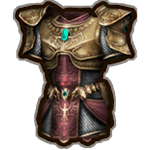 The Magic Armor appears as jewel or crystal in The Wind Waker. It is an optional item that can be obtained from Zunari after completing part of the Island Trading Sequence.

When activated, a magical barrier covers Link, protecting him from any damage. The Magic Armor slowly drains Link's Magic Meter while active.[3] In The Wind Waker HD, it consumes Rupees when Link is hit.[4] The Magic Armor will stop working once Link's Magic Meter is depleted or he runs out of Rupees. Link can also activate the armor while sailing to protect himself from attacks during sea battles.

In Twilight Princess, the Magic Armor drains 2 Rupees for every second it is equipped, or 12 Rupees when attacked. Once Link runs out of Rupees, the armor loses its color and becomes very heavy. This causes Link to move as if equipped with the Iron Boots, having the same effect of sinking in water.[5] If Link has the Magic Armor equipped and no Rupees, he will be unable to ride Epona. If Link runs out of Rupees while riding Epona, she will send Link flying off of her.

The quest for the Magic Armor can be started after completing the Lakebed Temple, and is completely optional.

Upon visiting Kakariko Village, Link will find that the Gorons wish to sell their Hot Spring Water in the Castle Town. Therefore, Gor Ebizo starts raising funds at Malo Mart in order to repair a bridge in western Hyrule Field, and with the help of Malo himself, wants to purchase Chudley's Fine Goods and Fancy Trinkets Emporium.

After donating 1,000 Rupees, the bridge will be repaired. However, the Goron who fixed it, Gor Liggs' son, becomes fatigued, and therefore cannot move in order to import Hot Spring Water to town. After speaking to him, Link must return to Kakariko Village, where Gor Liggs gives him a Barrel of Hot Spring Water to revitalize his son. Link must then cross the western field with the Barrel while avoiding enemy attacks. If Link is successfully attacked, the Barrel will burst. Once Link reaches the bridge, he must throw the Barrel onto the Goron, who will regain his strength, leaving a Piece of Heart behind.

Afterwards, Link must go back to Malo Mart in Kakariko Village to find out that another monetary collection has been initiated; this time to buy Chudley’s Fine Goods and Fancy Trinkets Emporium. After donating 2000 Rupees, the emporium will be purchased. Link is then able to go to the Castle Town to find a branch of Malo Mart where the emporium used to be. Inside, he can find various goods at reasonable prices, including the Magic Armor for 598 Rupees instead of the original 100,000.