Zelda Wiki
Register
Don't have an account?
Sign In
Advertisement
in: Enemies, Arthropod Enemies, Enemies in The Adventure of Link,
and 4 more 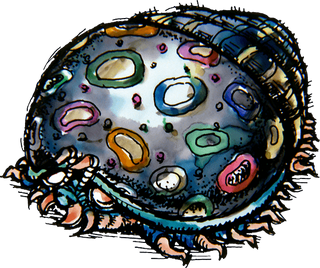 3
Lowders are enemies in The Adventure of Link.[1]

Lowders are beetles with a hard carapace. They are found in deserts and caves. They generally moves slowly, but when Link is in direct sight, they will streak straight at him. Link can easily defeat them with one strike from his Sword, with the Downward Thrust being one of the most effective ways.

A Lowder appears in The Legend of Zelda TV series; however, unlike its game counterpart, the Lowder is never seen attacking. Instead, it serves as Ganon's main transportation when traveling in the overworld since his teleportation powers are limited when not in the Underworld. Since the Lowder can climb walls, this allows Ganon to reach the tower where the Triforce of Wisdom is located, as seen in the "Cold Spells" episode of the series, where he obtains the Triforce thanks to the Lowder's abilities.

In Zelda's Adventure, Lowders appear throughout the land of Tolemac. They are basic, weak enemies that can be easily defeated with the Wand.

Aruroda's name is similar to the Japanese Lowder's name, Rōdā, suggesting a link between the two.