Link's Scarf acts as a symbol for the Hyrule Warriors series, being featured prominently in the logos of both games. 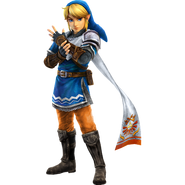 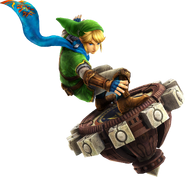 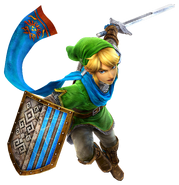 Link wearing his Scarf
Add a photo to this gallery

Retrieved from "https://zelda.fandom.com/wiki/Link%27s_Scarf?oldid=540035"
Community content is available under CC-BY-SA unless otherwise noted.