Zelda Wiki
Register
Don't have an account?
Sign In
Advertisement
in: Objects, Powers, Objects in The Minish Cap
English 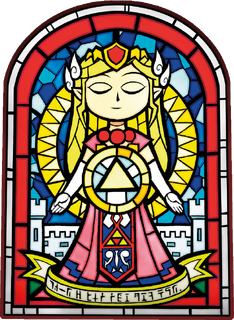 A depiction of the Light Force from The Minish Cap

Force Gem
Triforce
The Light Force,[2][3][4] also known as the Mystic Aura and the Power of Light,[5][6] is a recurring object in The Legend of Zelda series.

The Light Force is a powerful force contained within all living beings,[7] distinct from the Triforce. Given by the Minish to the people of Kingdom of Hyrule alongside the Picori Blade at an early point of the Force Era, it was essential to the efforts of the legendary Hero of Men, enabling him to drive back and lock away an army of evil creatures threatening the land. It was later, like many other sacred objects, passed down within the Royal Family of Hyrule, albeit as an intangible essence within the bloodline of Princess Zelda.

When the Master Sword was blessed by Zelda, the mortal incarnation of the goddess Hylia, it came to possess the Light Force.[4]

Long ago, at an unspecified point after the Era of Prosperity, in which the Kingdom of Hyrule was established, and during the Force Era, the world was on the verge of being swallowed by shadow, plagued by evil monsters and the atrocities they wrought upon it. As doom seemed near at hand, the Hero of Men stepped forth to combat the evil creatures and save Hyrule from the brink of destruction.[8] It was then that the tiny Minish descended from the skies, bringing the Hero of Men a magical sword called the Picori Blade and a source of great magical power called the Light Force.[9] Using these sacred gifts, the Hero of Men was able to drive back the monsters and magically sealed them all away within the Bound Chest.[10][11] The Light Force was then sealed within the body of Hyrule's princess and was passed down to her successors through the generations.[12] This secret of the Light Force's true fate was only documented in one place: the stained-glass windows of a secret chamber within the Elemental Sanctuary that connects Hyrule to the Minish Realm.

Many long years following the conflict involving the Hero of Men, a young Minish apprentice by the name of Vaati became enchanted by the evil that could come from the heart of man and began to seek a means to gain power. He learned of the legends of the Light Force and hoped to find it within the Bound Chest.

One day, Vaati discovered the Mage's Cap that his master, Ezlo, had created as a gift for the Humans that would grant the wishes of its wearer.[13] Vaati took the Cap and put it on without permission, transforming himself into a powerful sorcerer. Ezlo tried to stop him, but was Cursed by Vaati, transforming into a sentient hat with a bird-like head.[14]

As Vaati escaped through the Minish Door to Hyrule, he learned of the annual Picori Festival and its sword-fighting tournament. The winner of this tournament is given the honor of touching the Picori Blade that sealed the Bound Chest.[15] Vaati, under the impression that the Chest held the Light Force itself,[16] entered the tournament and won.[17] When he was granted access to the Chest, he cast back the Vassals with his magic and shattered the Picori Blade, opening the Bound Chest and releasing all the monsters held within back into the world. Seeing Princess Zelda nearby, Vaati knew she had great power that ran through her bloodline, though he did not know its true nature, and felt she would only be a hindrance to him if he allowed her to be free.[18] Thus, he bestowed a Curse on Princess Zelda, turning her to stone. To his surprise, when he inspected the Chest, the Light Force was nowhere to be found.[19] Knowing the Light Force still lay somewhere in Hyrule, Vaati made his escape.

As Princess Zelda's childhood friend, Link, journeys around Hyrule gathering the mystical Four Elements in an attempt to reforge the Picori Blade and break Vaati's Curse on Princess Zelda, Vaati infiltrates Hyrule Castle and turns King Daltus to stone, hiding him in the dungeons and taking on his appearance. He orders the surprised Vassals to search the entire land for the Light Force, enacting cruel punishments on those who dissented.

When Link completes his mission and obtains the Four Sword, Vaati discovers the location of the Light Force from the stained-glass windows in the Elemental Sanctuary. Armed with this knowledge, Vaati transforms Hyrule Castle into Dark Hyrule Castle and takes the petrified Princess Zelda to the roof, intending to extract the Light Force from her. Link and Ezlo fight their way through the Castle and reach the roof just in time to stop Vaati from completely extracting the Light Force. Believing he has obtained enough of it to defeat Link, Vaati fights Link in three deadly forms.

The battle ends with Vaati defeated, restoring both Princess Zelda and Ezlo. Ezlo places the Mage's Cap atop Princess Zelda's head and tells her to combine its power with the remaining Light Force that still rests within her.[20] Hyrule is successfully restored from the damages doen by Vaati, but the Mage's Cap falls apart in the process. With the Minish Door about to close, Ezlo bids farewell and returns to the Minish Realm.

Long after the tempering of the Picori Blade into the Four Sword, in the Child Timeline, the blade lost the Light Force, which gave it the ability to repel evil.[3] During Four Swords Adventures, the Links are able to replenish it by collecting Force Gems and defeating Vaati and Ganon.

In Japanese, Light Force, Life Force, and Force Gems are all referred to as "Force."