Zelda Wiki
Register
Don't have an account?
Sign In
Advertisement
in: Objects, Objects in A Link to the Past, Objects in Ocarina of Time,
and 6 more 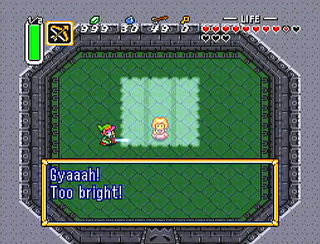 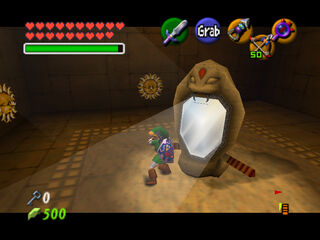 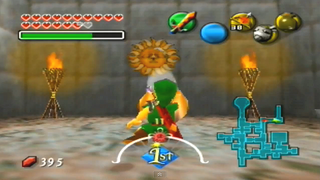 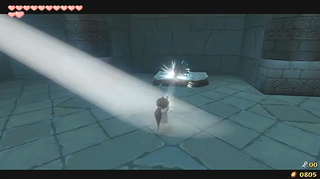 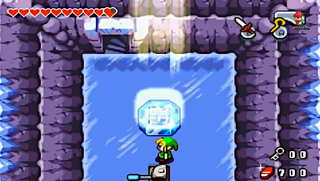 A Link to the Past
Ocarina of Time
Majora's Mask
The Wind Waker
The Minish Cap
Light Beams are recurring physical manifestations of Light in The Legend of Zelda series.[1][name reference needed] Light Beams go unnamed in The Minish Cap.

In A Link to the Past, Link uses a light beam to reveal the true form of the Thieves' Town boss, Blind the Thief.

In Ocarina of Time, light beams are found in the Spirit Temple and behind the Spirit barrier door in Ganon's Castle. Link can use either movable Mirrors or the Mirror Shield to reflect the light onto Sun Patterns.

In Majora's Mask, light beams are manipulated using the Mirror Shield in various Mirror puzzles and to clear Sun Blocks in the Ancient Castle of Ikana and the Stone Tower Temple.

In The Wind Waker, light beams are only found in the Earth Temple and in the grotto within the Angular Isles, shining through holes in the ceiling. Link can use the Mirror Shield to bend the light to multiple Mirrors, while Medli can use her Rito Harp. This light also cures Link when Jinxed.

In The Minish Cap, light beams are found in the frozen Temple of Droplets, shining through skylights which can be opened and closed. They are used to melt blocks of ice to free their contents, such as Keys. After beating one of the temple's three mini-bosses, Link will find the Flame Lantern which allows him to melt blocks of ice without sunbeams.