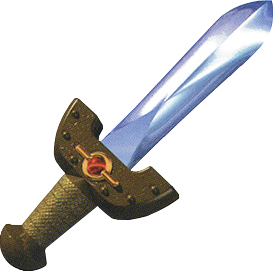 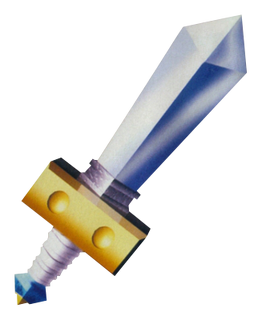 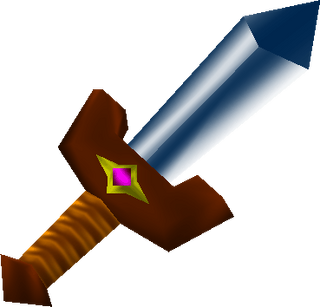 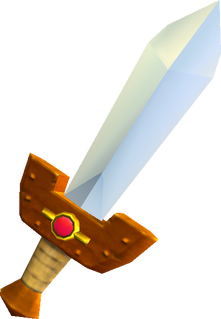 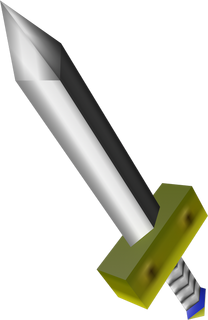 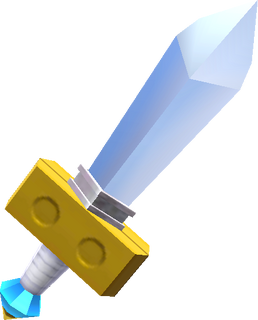 In Ocarina of Time, Link must obtain the Kokiri Sword before Mido allows him to visit the Great Deku Tree. The young hero can find the Kokiri Sword hidden away in a Treasure Chest inside the Hole of "L", which is located in the Forest Training Center in Kokiri Forest. This is the only Sword Link can wield as a child and is also the weakest. It is considered a treasure of the Kokiri.[1]

As an adult, it is replaced by the Master Sword.

In Majora's Mask, the Kokiri Sword is the same Kokiri Sword from Ocarina of Time, and is equipped by default at the beginning of the game.[2] It can be upgraded to the temporary Razor Sword and then again into the permanent Gilded Sword by taking it to the Mountain Smithy in Mountain Village. Although Link begins the game with the Kokiri Sword, he is unable to use it for a time when he is first transformed into a Deku Scrub by the Skull Kid.

In the Ocarina of Time manga by Akira Himekawa, Link receives the Kokiri Sword from Mido after they defeat Gohma. It is also used to carve a Deku Shield out of the Great Deku Tree's wood.

In Super Smash Bros. Melee, the Kokiri Sword appears in its Ocarina of Time incarnation as the blade wielded by Young Link.

In Cadence of Hyrule, the Kokiri Sword is found in Hyrule Castle. It is only usable by Link. It deals four damage to an Enemy directly in front of Link. It is said to be intended for a future hero and is meant to defeat anything in Link's path.[3]