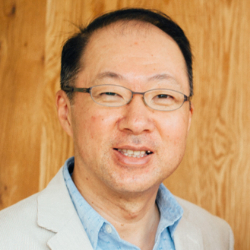 Kondo has been both praised and criticized for his use of familiarity in his compositions. He is recognized for his ability to create themes that are catchy when first heard, and still remains enjoyable while looped. However, he has also been criticized for not varying his style more during his two decades as Nintendo composer. However, when Kondo tried to create something different for the Ocarina of Time soundtrack, he was again criticized by some for abandoning many of the familiar themes from previous Zelda games, such as The Legend of Zelda Main Theme (Overworld Theme from A Link to the Past).

He has composed the music to The Legend of Zelda, A Link to the Past, Ocarina of Time, Majora's Mask (with Toru Minegishi), The Wind Waker (with Kenta Nagata, Hajime Wakai, and Toru Minegishi), and Twilight Princess (with Toru Minegishi and Asuka Hayazaki). His music has become very well-known and popular, with the Super Mario Bros. theme becoming one of the best-selling ringtones.

Composers in The Legend of Zelda series
Community content is available under GNU Free Documentation License unless otherwise noted.
Advertisement