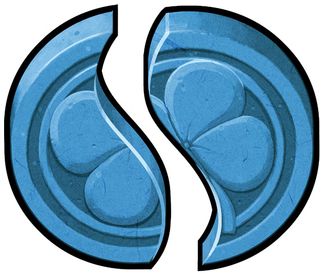 The Minish Cap
Kinstone Pieces,[1], also known as Masters of Sur-Prize[2] and Stone Fragments,[3] are items in The Minish Cap.

Kinstone Pieces are fragments of Kinstones. They can be found scattered and hidden all across Hyrule; under Grass, inside Chests, and carried by enemies. There are four colors of Kinstones, with each color having a number of possible shapes.

Kinstones in The Legend of Zelda series
Community content is available under GNU Free Documentation License unless otherwise noted.
Advertisement