Zelda Wiki
Register
Don't have an account?
Sign In
Advertisement
in: Bosses, Bosses in Cadence of Hyrule

Not to be confused with King Dodongo, a similarly named Boss in The Legend of Zelda series. 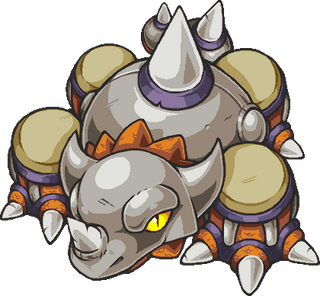 King Dobongo is a Boss in Cadence of Hyrule.[1]

Please improve it as you see fit. Editing help is available.
This article has been flagged since February 2021.

King Dobongo will pace around its arena, stopping and performing a spin attack each time it reaches a corner. It can shoot fireballs out of its mouth, but it must take a short time to charge first. While charging, if a Bomb is placed in front of it, the Bomb will be inhaled, damaging King Dobongo.